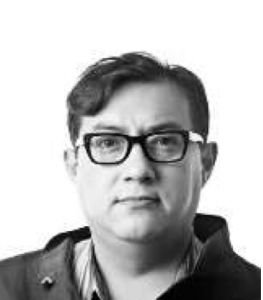 Josef Helfenstein, Director of the Menil Collection, announced Friday that independent curator Cuauhtémoc Medina has been chosen as the sixth recipient of the biennial Walter Hopps Award for Curatorial Achievement. Established in 2001 in honor of Menil Founding Director Walter Hopps (1932–2005), the award recognizes curators in early to mid-career who have made significant contributions to the field of contemporary art and confers a stipend of $15,000.

Medina, a prolific Mexico-city based critic, curator and historian is  a full-time researcher at the Instituto de Investigaciones Estéticas at the National Autonomous University of Mexico (UNAM). From 2002-2008 he was the first Associate Curator of Art, Latin American Collections, at Tate Modern in London, and has written a column of art criticism, titled El Ojo Breve, for the Reforma newspaper in Mexico City since 2000. Most recently, Medina was Head Curator of the Manifesta 9 Biennial in Belgium in 2012.