Nerd Alert: Art Plus Science is the New Big Thing! 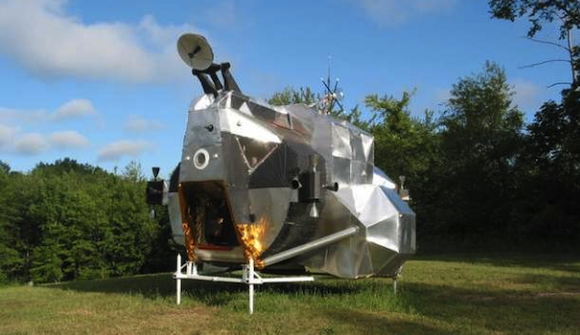 Okay, maybe it’s not the new big thing for anyone who remembers Experiments in Art and Technology (E.A.T.), founded by Robert Rauschenberg, Billy Klüver, and others in the sixties. But art + other disciplines seems to be gaining speed within Texas art institutions.

Houston’s Cynthia Woods Mitchell Center for the Arts, “dedicated to interdisciplinary collaboration across the performing, visual, and literary arts,” has been presenting exciting collaborative programs for the last decade. Rice University’s new Moody Center, which will officially open later this month, is described by as an “interdisciplinary center [that] will provide space for arts education, performances and gallery exhibitions on campus and promote collaborations with Houston’s world-class art museums.”

Now, UT Austin’s Visual Arts Center is on board with its new exhibition, Omnibus Filing, which opened a few weeks ago. “Omnibus filing” is a legal term used to describe the collection of a number of disparate and perhaps unrelated ideas into a single patent application. The artists in this exhibition have worked in various laboratories from 2016-2017 with the mandate to collaborate, cross-pollinate, and catalyze innovation with UT researchers and scientists.

The results of the project feature “an Artificial Intellegence-bot that writes original patents, a virtual reality installation, lessons on entropy from The Institute for Higher Listening, a robot that tries to teach poetry, video installation of a man attempting to re-enact childbirth, a research paper with which you can cuddle, and a mausoleum for a bumblebee queen.”