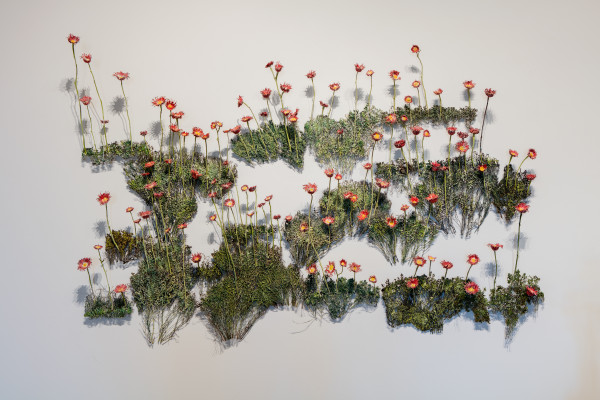 Harry Geffert’s current exhibition First Light at Cris Worley Fine Arts in Dallas is a tour de force of technical mastery. A pivotal figure in Texas art history, Geffert at age 81 shows no signs of slowing down. He created 18 new works for this show. Using native Texas flora and fauna as inspiration, Geffert’s painted bronze sculptures explore a kind of domestication of nature.

During my first visit to see the show, I literally stood with my mouth open, awestruck, at the meticulous detail Geffert achieves in casting. As someone who has dabbled in casting bronze, I understand the insane challenge in creating such complex and intricate work. The casting technique he’s invented has been taken on by several generations of artists. And on my second trip to the gallery, I had sufficiently recovered to concentrate on the conceptual ideas behind the work. 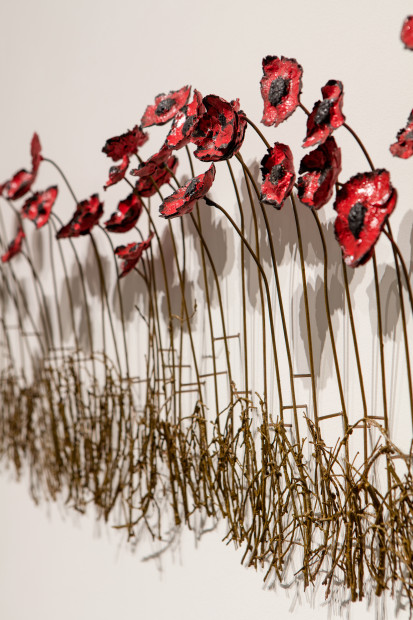 The show’s title First Light refers to both a new day or a new beginning. Two of the new sculptures in the gallery share that title: a large wall-mounted work of cast and painted wild white daisies, and a freestanding cast sculptural installation containing a few picked daisies on a plate alongside an egg and a vessel. For the wall piece, Geffert plays with spacial relationships and perspective. The field of daisies has been flattened into a three-inch plane, thus confining its “wild” nature. In the freestanding sculpture, the daisies are further tamed by appearing on a platter as decoration. The white color palette further emphasizes the symbolism of hope, in rapport with the idea of first light. 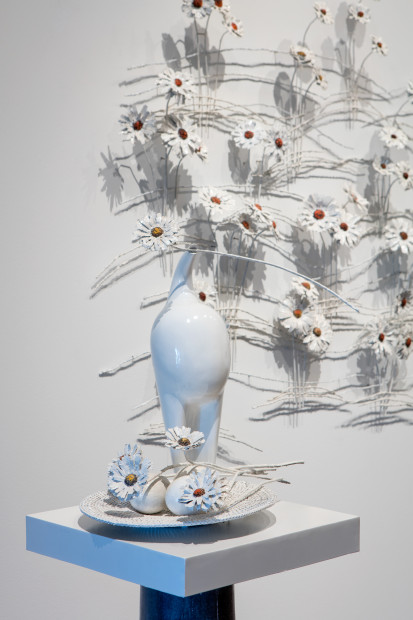 Geffert uses a powder coat to paint the bronze works. The painting masks the inherent metallic surface of the bronze and creates the illusion that the objects are ceramic. (The cool color palette reminds me of Cezanne’s still life paintings.) This use of materials contrasts the fragile, perishable nature of the original specimens with something durable, heavy and permanent. 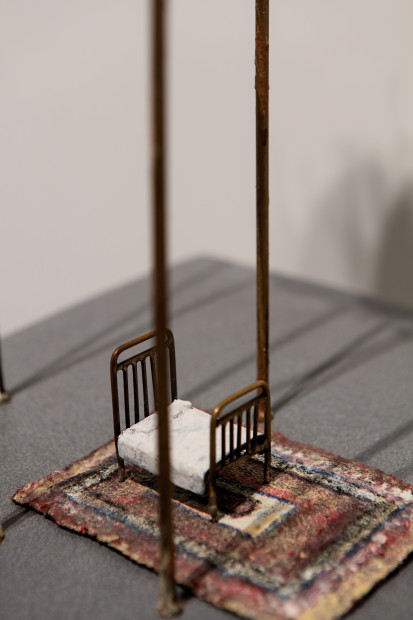 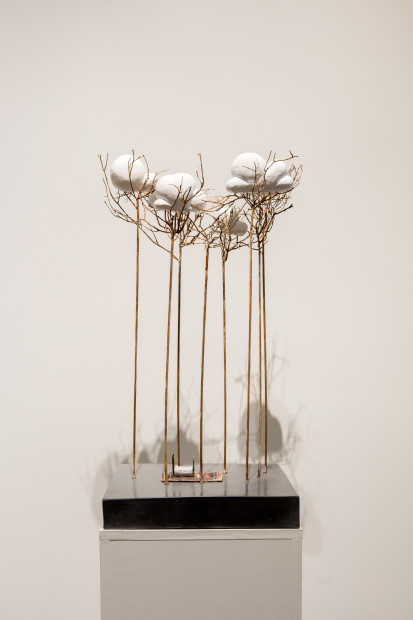 Four works contain a small cast bed interspersed with cast flora and fauna. Cris Worley, the gallery’s director and owner, told me that Geffert has a childhood memory of lying in his parents’ bed, outdoors, gazing at the trees and sky. In these works, the bed is always dwarfed by nature. Drawing from surrealism, the bed is also a site for dreams and the unconscious. 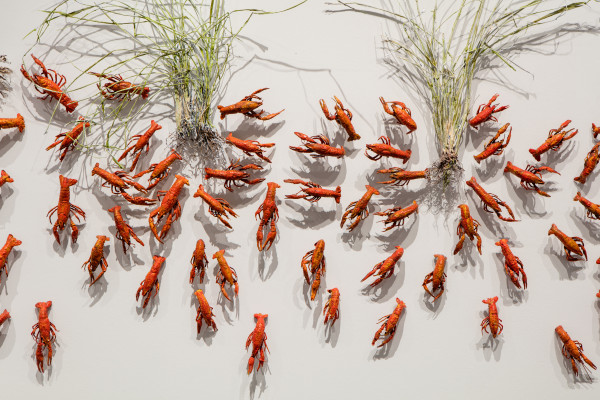 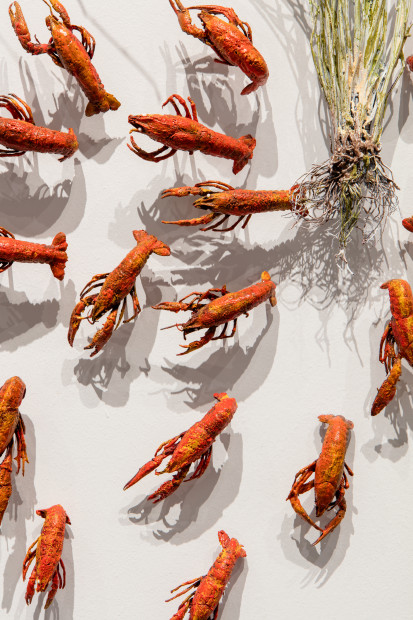 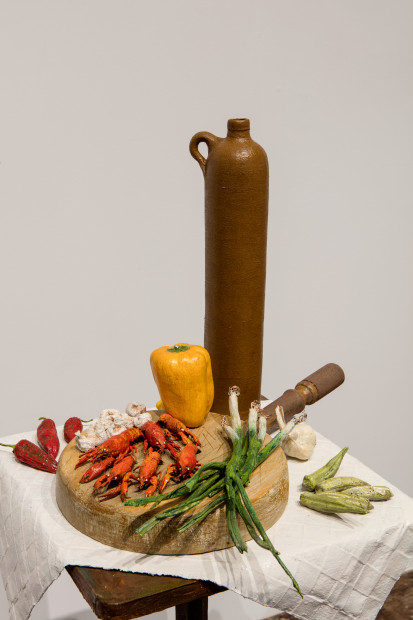 My favorite work in the show is called Last Light and features cast crawfish. Like the First Light works, there’s a wall-mounted piece and a free-standing variation on it. Whereas First Light is about establishing or imposing order on nature, Last Light is about nature defying any effort to tame it. In the large wall work, a swarm of crawfish appear to have escaped their fate as dinner and are crawling towards freedom. The accompanying free-standing sculpture includes the few crawfish who didn’t get away, served on a platter with vegetables and garnishes. I imagine a crawfish coup.

My pleasure HJ Bott. Thanks for reading.