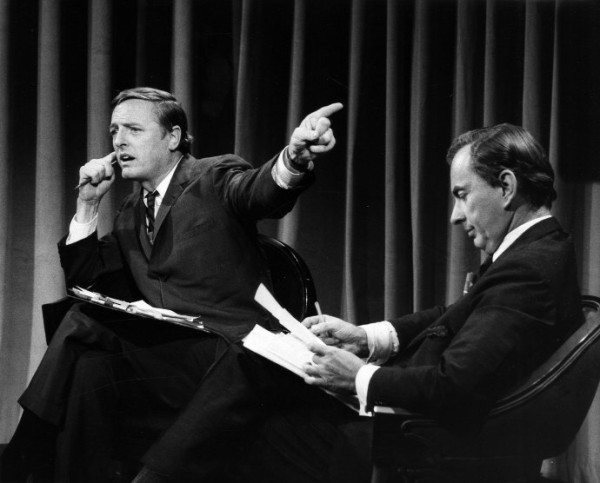 Throughout this weekend, as part of its ongoing film series Magnolia at the Modern, the Modern Art Museum of Fort Worth will screen the newly released Best of Enemies, a documentary about a truly strange and watershed moment in TV history, which arguably planted the seeds of our current, toxic “news” cycle.

Gore Vidal and William F. Buckley, Jr., both high intellectuals with a heyday in the 1960s, went on national primetime TV in 1968 to debate the GOP verses Democratic campaigns, and in the wake of sickening violence against anti-war protesters at the Democratic national convention in Chicago, they ended up nearly at blows. Vidal accused Buckley of being a “crypto Nazi” and Buckley, at a loss, stuck back by calling Vidal a “queer” and threatening to punch him.

Here is something you should read before heading to one of the Modern’s screenings of the film. If anyone can get to the bottom of why this cultural episode still resonates today, it’s the New Yorker’s Richard Brody.

For more info on the showtimes, etc., please go here.