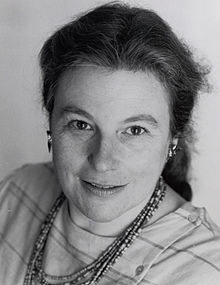 Macdonald had a varied career, but was best known for her idiosyncratic poetry published from the 1970s through the late 90s. She earned her BA in English with a minor in music from Bennington College, and then returned to New York to study voice. She sang as a dramatic soprano in small opera companies for a while but, in the early 60s, she began to write poetry and was encouraged by poet Anne Sexton. Macdonald returned to school, earning a master’s degree in writing and literature from Sarah Lawrence College in 1970. She taught at Sarah Lawrence and Johns Hopkins before founding the UH writing program, where she was director for many years.

She also trained as a Freudian psychoanalyst at the Houston-Galveston Psychoanalytic Institute, becoming certified in 1986. She specialized in treating patients with writer’s block. Every type of artist can certainly relate to a statement she gave to the Houston Chronicle: “I’m not sure everyone would agree with this, but for me poems have to do what is not intended as well as what is, because that takes you to a place beyond where you could go otherwise.”

Macdonald is survived by her daughter Jennifer (a conceptual installation artist who, with her partner Hillary Leone, has had numerous exhibitions, including the CAMH’s 1998 show, Projected Allegories: A Video Series), her son Scott, and a grandchild.