Go to the Desert to Cool Off and “Curate” a Performance 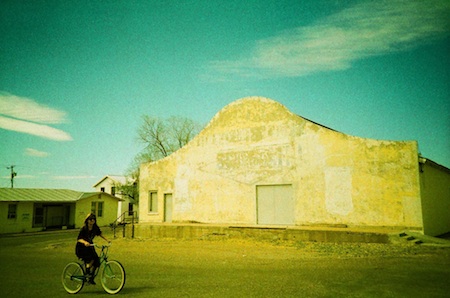 Photo via Wanderlust and Lipstick

Marfa Live Arts has invited the performance collective Lower Left out to Marfa for a program of choreography inspired by the West Texas landscape. The collective is asking folks to travel specifically for the event called “Secondary Surface Rendered” in the hopes that the audience will be able to fully immerse themselves in an unfamiliar environment.

The collective describes the event: “Moving away from the constraints of the standard proscenium setting, Lower Left invites the audience to curate its own experience as it follows the action of the performance installations in the Crowley Theater.”

This sounds like one of those things that could be really brilliant. Or terribly uncomfortable. But not in terms of the weather—Marfa is meant to be 10-15 degrees cooler than most of the rest of Texas this weekend.

There are two performances at the Crowley Theater, August 14 and 15, beginning at 7pm.

If You’re Looking For an Excuse To Visit...