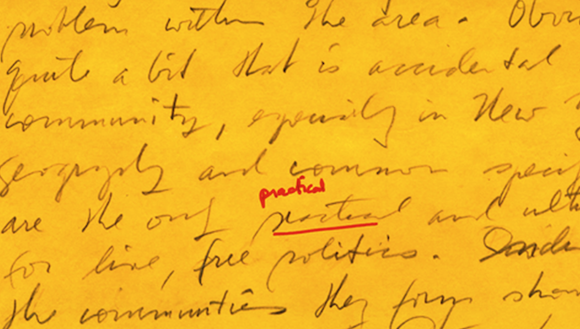 A few weeks ago, the Judd Foundation and David Zwirner Books released Donald Judd Writings, the most comprehensive collection of the artist’s writings assembled to date. The publication includes Judd’s best-known essays, as well as little-known texts previously published in limited editions. It also presents an extensive selection of unpublished writings, including three essays written while Judd was a student at Columbia University, letters, and his daily notes.

So far, the panel discussions and lectures programmed in conjunction with the book release have all taken place in New York. But on Saturday, December 10, Dr. Frances Colpitt, Deedie Potter Rose Chair of Art History at Texas Christian University, will present a lecture examining aspects of Donald Judd’s practice as an artist and writer. The talk begins at 6pm and takes place at the Crowley Theater in Marfa.

If You’re Looking For an Excuse To Visit...