Discussion about the tools of video art can lead into a thicket. Whereas artists in other disciplines might capture reality or a dream through the use of paper and pen, canvas and paint, metal and flame, a video artist uses “x.” That “x” may stand for a camera, established recordings, commercial software and applications, etc. 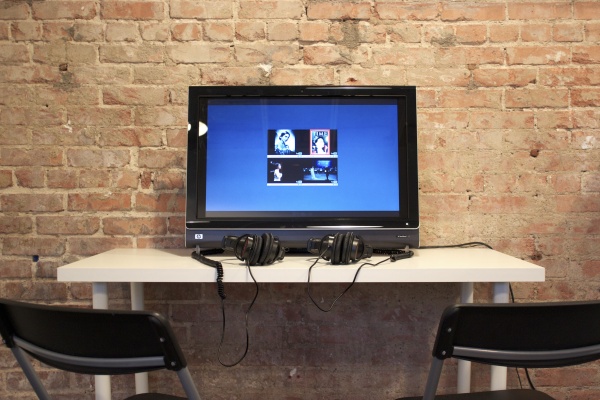 One is in the thicket when one ventures a discussion about artistic thinking in a medium whose engine is technological codes—codes so advanced that artists might not understand them, and yet so accessible in the forms of cameras, editing software, video sharing sites, and social media, that they anticipate the explorations of the most casual of users (and provide that casual user with means to convert sloppy video recordings into ones that show an air of professionalism). Poking a stick at the problem long ago, Benjamin Franklin said, “To America . . . the invention of a machine or the improvement of an implement is of more importance than a masterpiece of Raphael.” 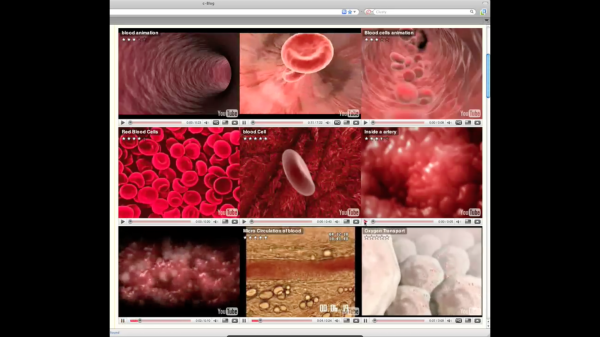 Aids for revealing (and praising) artistic thinking in a medium of established forms are the Media Studies terms “bound entity”  and “unbound entity.” A bound entity refers to a standardized format produced by others. It is material in which the viewer’s own agency and performative skills are potentially not visible or even necessary. 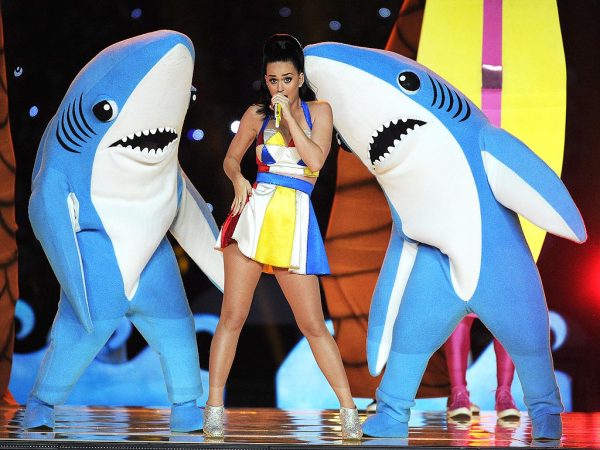 Katy Perry and her sharks

Even wildly shared material like video of the “left shark” dancer lurching and agonizing behind Katy Perry at the Super Bowl Halftime Show is considered a bound entity. One can watch the recording with a sense of ridicule, sympathy or delight, but one’s reaction is a passive activity, in that it has no bearing on the recording itself. The entity becomes unbound when it is personalized by a new party. Adding text or visual enhancements are means by which this bound entity can be transformed into an unbound entity.

For her own video work in her current solo project at the Reading Room, Carolyn Sortor mercifully looks past pop-centric and viral web content to recordings of beauty and poetic intelligence. The ways in which she navigates and negotiates bound entities into unbound ones describes a serious sense of wonder. And the products of her efforts show a refined hand. 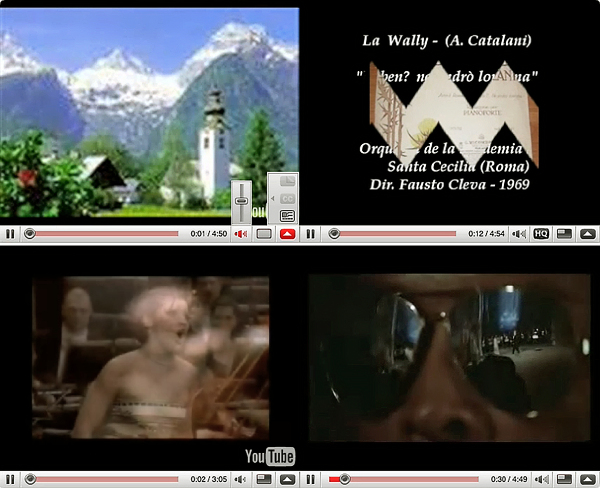 Sortor’s errand may seem outrageous in its scope, because she is, in effect, curating the web. Out of a myriad of easily grabbable recordings that probably met her eye while she was searching for content to create the composites for Seismic Hive, she has settled on a relative few. The video portion of the exhibition is arranged in four parts: “La Wally Chorus;” “Bloodwork;” “Falls;” and “Pass.” 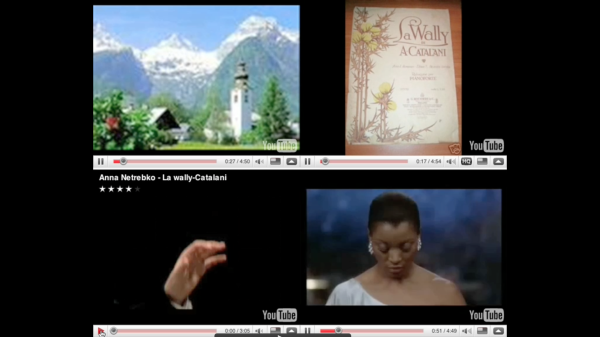 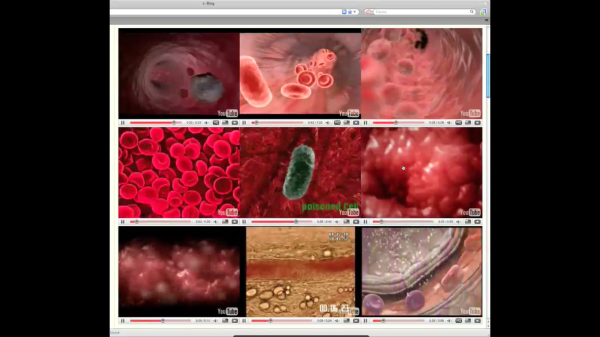 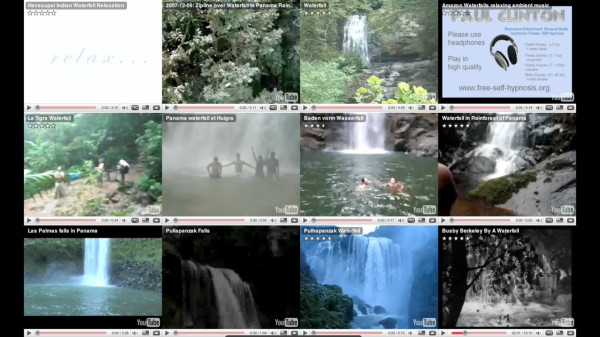 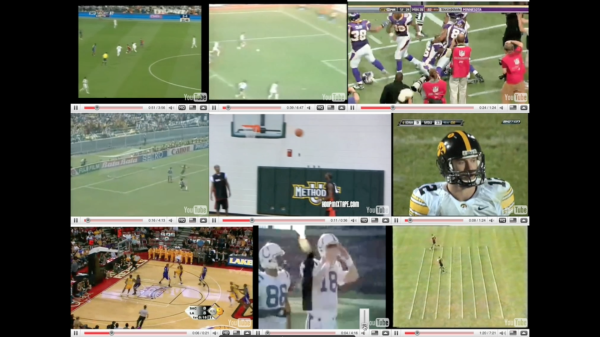 The experience of watching a projected film has often been compared with one of watching lighted compartments on a passing train. Individual frames going by one after the other spark our narrative instinct. Freud used trains as a metaphor for dreams and memories: the image by image of trains running through in the dark, and the faces in every compartment familiar and strange. Indeed, watching a film with an audience is like participating in a collective dream or shared memory. But the experience of browsing the web is usually solitary; screens fit personal devices. What people look for on the web generally isn’t about narrative at all. We use the web for clips and glimpses. It is a way of quickly checking in with other parts of the world.

Carolyn Sortor is on to all of this; she has arranged the recordings in Seismic Hive like squares of glass in window panes. Unlike a lot of video artists, Sortor doesn’t try to emulate film. Her word for the collected recordings in each composite is “vidi.” These vidi don’t run one after the other; they’re less like passing compartments and more like simultaneities. The ability to evaluate different recordings, texts, and graphics simultaneously is one of the great gifts of the web that Sortor celebrates. Historical recordings and live feed, microscopic views and cosmic ones, the natural world and televised entertainment can all be evaluated at the same time. This scheme of reference is one that Freud in his day would describe as neurotic, and one that we in our time describe as ordinary: the several-times-a-day when we refer to our smart phones and laptops.

The four vidis in “La Walley Chorus” feature performances of the aria “Ebben? Ne andrò lontana” from Catalani’s opera La Wally. Clockwise, they are: a slide show tribute to Maria Callas and her recording of the aria in 1954; a slide show tribute to Renata Tebaldi and her recording tom 1969; a clip from the 1981 Jean-Jacques Beineix film Diva, starring Wilhelmenia Wiggins Fernandez; and a video of Anna Netrebko performing the aria in 2007.

Here is the way Sortor describes her “hive” process and video jockeying as it relates to “La Wally Chorus” on her website, www.c-cyte.com:

The beginning of each component vidi is timed so the vocals in all start within a secondor so of each other (since this and the other composite videos were created by recording myself “VJ-ing” embedded component vidis in real time, it was nearly impossible to get the vocals to start at exactly the same time, not so much because they had to be clicked on consecutively as because of the variable hesitation between when each vidi was clicked on and when playback actually began).

Partly, I was curious to hear a virtual chorus of some of the greatest performers of this popular aria. Also, among other things, I found it interesting to hear just how wildly they diverge; and you can hear how artists in different eras brought out nuances intelligible only when performed faster, slower, etc. Comparisons can also be made re- other aspects, e.g., what sounds more “natural” or “fake” in different eras, etc.

Sortor’s arrangements of the vidi in Seismic Hive and her VJ-ing are means by which she transforms bound entities into unbound ones. Before she put them in her hive, the visibility of these recordings as they sat out there on the web was constructed in the context of eliciting viewers. Their overt goal was replication (to be embedded, tweeted, tagged onto social media timelines, etc.).  As such, these recordings sat like standardized units, much like TV programs, in the specific cultural context of “audienceship.” Another way of putting it: they were geared to the behaviors of couch potatoes—to be watched passively and recommend to others.

By VJ-ing, Sortor becomes a producer of meaning instead of just a passive consumer. Her work here shows the pleasure of improvisation; it is also skillful. What’s more, she cuts off the possibility of her hive becoming just another recorded unit out there on the web by inviting participatory variations. In her artist’s statement, she includes links to the original blog posts where these composites were shown. One can size and shape one’s browser windows to configure the embedded videos in the array one prefers, to VJ them as one likes.

The exhibition also includes two prints. These are companion pieces to “La Wally Chorus.” As Sortor explains in her artist statement, “I was struck by the number and kinds of comments on the YouTube videos, in many different languages.” In 2009 she created an image that replicated the entire web page of her own favorite version of the aria, including the long line of comments. In 2014 she went back to see if she could add more comments to the image, but by then the web page was gone. She did find that someone else had posted the same performance with different visuals, and this post had many more comments. The web page images of 2009 and 2014 have been made into digital prints on vintage seismic graph paper from the Los Alamos National Laboratory. La Wally Hive  (2009) stretches 15 feet. La Wally Hive Recreated (2014) stretches 24 feet. 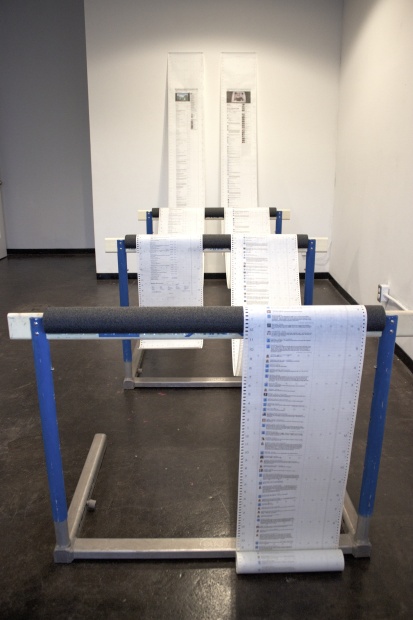 It’s a delight to see track hurdles in an exhibition. The surprise at seeing them quickly melds into an appreciation for their ability as plinths. The seismic paper is, in one sense, a cue to the scientific aspects of Sortor’s work. This preservation of recordings and commentary is a form of ethnographic research. It is also a way of tying digital streams of communication to the earth. One doesn’t consider movements of the earth’s layers without measuring the millionfold ages against one’s own lifespan. We like to think some part of us outlasts or otherwise transcends the body, and maybe that’s why there are so many web pages and social media accounts. There is an accumulative power in all those posted comments on the La Wally prints; so many spontaneous utterances of strangers wishing themselves to be known.