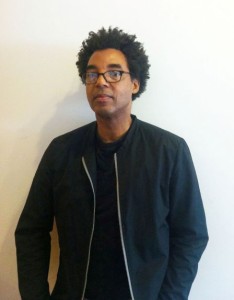 Lest you think that Congress did nothing else on Wednesday besides ending the government shutdown, take a look at October 16th’s “Senate Floor Wrap Up” for some extra good news. Not only did the Senate adopt Resolution 272, designating next week to be “National Character Counts Week,” they approved a number of nominations for various appointments, including Rick Lowe, founder of Houston’s Project Row Houses, to the National Council on the Arts.

The National Council on the Arts advises the Chairman of the National Endowment for the Arts, who also chairs the Council, on agency policies and programs. It reviews and makes recommendations to the Chairman on applications for grants, funding guidelines, and leadership initiatives. The Presidential appointments are selected for their widely recognized knowledge of the arts or their expertise or profound interest in the arts. Lowe will serve his term until 2018.

To give a sense of the history and serious company Lowe will be joining, below is the board list from the Council’s very first annual report, published in 1965: 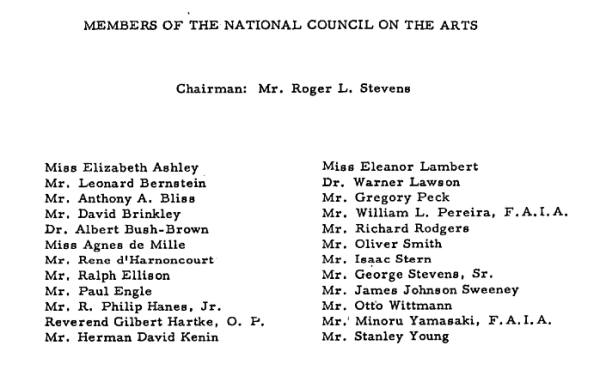 If the Texas congressional body hasn’t “poisoned the well” in Washington, it’s possible that Rick can do well for us all; congratulations, go forth & do good.