by Bill Davenport May 4, 2013
FacebookTwitterEmail 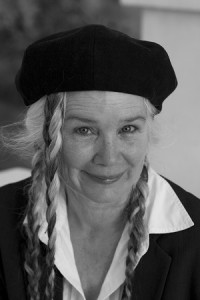 Marfa artist Julie Speed has been named the State Two-dimensional artist for 2014, and Ken Little of San Antonio has been given the honor in the three-dimensional category.

Speed, known for her narrative paintings and prints, was born in Chicago and arrived in Texas in 1978 and is the subject of two monographs by the UT Press: Julie Speed: Paintings, Constructions, and Works on Paper (2004), and SPEED ART:2003-2009 (2009). 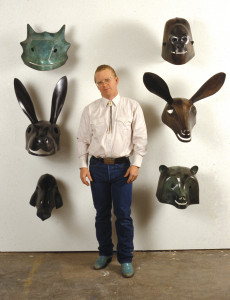 Little, who does a little of everything, was born in Canyon, Texas in 1947, received an MFA from the University of Utah in 1972, and has taught at UTSA since 1988. He also has two monographs: Ken Dawson Little: A Catalog of Works, and Ken Dawson Little: A Bestiary of Damaged Goods.

Texas State Artists don’t have to have two monographs to be selected;  they are chosen by a committee of the state legislature, from a pool of nominees supplies by the Texas Comission on the Arts. Here’s some fun facts about the program from the TCA website:

Q: What is the benefit of being named a Texas State Artist?
A: State artists receive statewide recognition, and the designation provides a unique marketing opportunity.

Q: Who can nominate?
A: Citizens of Texas may submit nominations in any of the four categories, and self-nominations are encouraged.