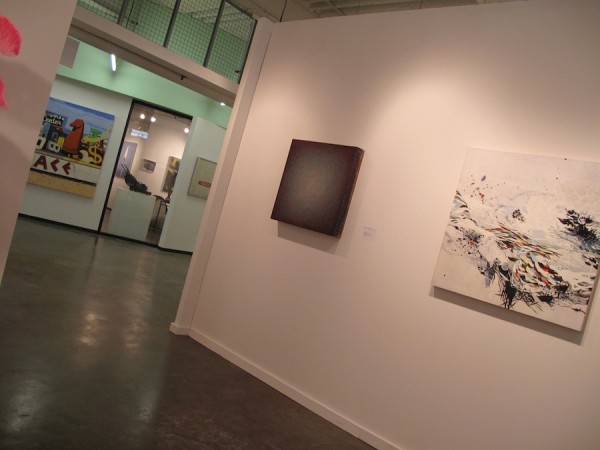 Blouin Artinfo has a report on the Dallas Art Fair’s social side, grudgingly admitting that the fair, and the city “maybe — just maybe” has a shot at becoming an international art center. They report a few important sales at the preview on Thursday, both of pieces by artists currently showing at other venues in Dallas: Blouin says that David Lewis Gallery sold a $12,000 painting by Charles Mayton (whose work was recently on view at Alden Pinnell’s Power Station), and Jonathan Viner Gallery of London sold a $30,000 painting by Dan Rees, who currently has a show of gloppy, gravel-encrusted paintings at the Goss-Michael Foundation. Although it’s generally agreed that the fair looks better than ever, attendance and sales on Saturday, traditionally the fair’s biggest day, were spotty– one theory is that potential patrons were busy preparing themselves for Saturday night’s enormously swank Untitled: Art Ball fundraiser at the DMA next door, others blamed gorgeous spring weather.