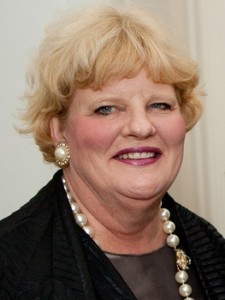 In June, Gwendolyn H. Goffe, Associate Director for Investment and Finance a the Museum of Fine Arts, Houston, will retire after 25 years of behind-the-scenes leadership. Recruited by late MFAH Director Peter Marzio, Goffe steered the museum through decades of explosive growth, and served as Interim Director in 2011, after Marzio’s death.

Formidable and prudent, Goffe was Marzio’s trusted deputy, keeping a tight rein on the Museum’s endowment and operating expenses, balancing the budget during every year of her tenure. Amid the well-wishes, even her farewell quote contains numbers:”I am proud that the MFAH has grown from an endowment of $98 million in 1988 to more than $1 billion today. The operating budget has grown from $12 million to $57 million at the end of June 2012.”

Goffe will serve as a consultant to the MFAH as the museum continues discussions for a planned campus expansion.