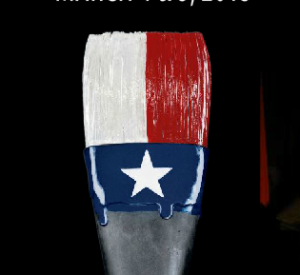 The Texas Cultural Trust has announced its annual awards, honoring high-profile artists in several genres as well as important patrons of the arts. The 2013 Texas Medal of Arts Awards Honorees are:

“James Surls should be in Austin the first week of March to receive Texas’ most prestigious 2013 Texas Medal of Arts Award as their recipient in visual arts. He definitely will be in Malakoff April 27-28 for the public opening of the James Surls’ Sculpture Gardens: A Memorial to Joe Surls, in which he is bringing two massive sculptures to add to the collection of approximately 40 of his early work…s. Sculptor George Tobolowsky of Dallas will be joining him with two of his great works as well. NOT to be missed this year! The development of the Surls’ Sculpture Gardens is literally evolving into one of the biggest developments in the world of art! The Surls Gardens are now attracting some of the finest abstract sculptors in America as well. Both Surls and Tobolowsky have agreed to give a talk on their art, but they’ll also be in the four acres of country gardens to meet visitors individually too. East Texas small towns produce all kinds of surprises!