A History Lesson for Serious Students of the Houston Art Scene

by Paula Newton May 13, 2015
FacebookTwitterEmail 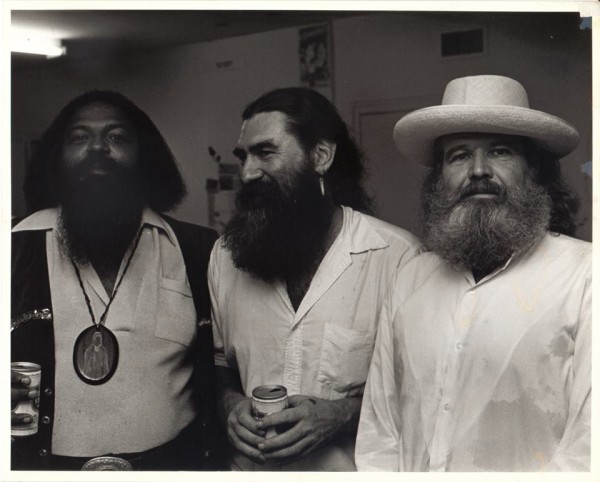 For younger artists who think the Houston art scene began when they emerged from grad school, attendance should be required for this event: a presentation and panel discussion entitled “Pow Wow: Contemporary Artists Working in Houston, 1972-1985.”

Writer Pete Gershon has organized the public panel discussion featuring Lynn Randolph, Marilyn Oshman, Richard Stout, Earl Staley, and Kelly Alison, which will take place this Sunday, 2-4pm, at the Glassell School of Art. Hear from folks who were actually there for the craziness that was the 1970s and ‘80s.

To prepare for the panel discussion, read artists grousing about the current art scene as compared to earlier times in Bill Davenport’s article (and the comments!) from just a couple of weeks ago and Robert Boyd’s 2010 article “Fresh Paint 25 Years Later.”

You linked to the wrong event with your “Pow Wow hyperlink”. Should be this:

Thanks though, for posting about this!

Fixed. Thanks for catching that Chuy! Especially because there’s such a great description of the event on that page.

Also, I should give an extra extra shout out to Frank Martin for one of the coolest photos ever!