Artist Christian Cutler has been selected as the new Curatorial and Programs Coordinator at the Houston Center for Photography, replacing Jason Dibley, who is stepping aside to to pursue other interests in photography. Cutler comes to HCP out of the boil of public controversy: last year political pressure from Republican Representative Louie “terror babies” Gohmert forced Cutler out of his job as curator of the Stephen F. Austin University Galleries, when Cutler refused to jury an art show Gohmenrt had sponsored, calling him a”fear monger.” Cutler received his M.F.A. in photography in 2006 from Cranbrook Academy of Art and owned an art installation business before the SFA debacle, and continues to photograph. 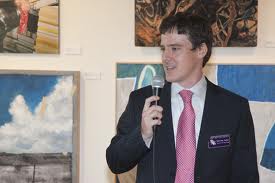