Seth Alverson’s show at Art Palace is getting all kinds
of great coverage and with good reason. Alverson’s an amazing painter,
producing evocative “realist” work with a disturbing edge. The show
includes images that could have come from innocuous family photos: a
grandfather changing a baby, a lone single bed neatly covered with a
quilted polyester coverlet, an empty tufted velvet armchair. But the
flesh of the man and baby looks like it’s been pickled in formaldehyde.
The bed feels sad and sterile, as if it’s standard issue retirement home
décor. The empty armchair practically shouts “DEATH” and “LOSS.”
Unsettling narratives abound in Alverson’s work. 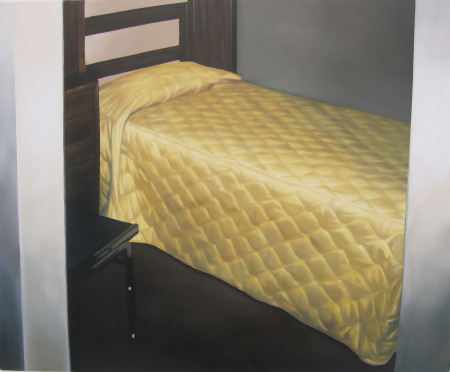 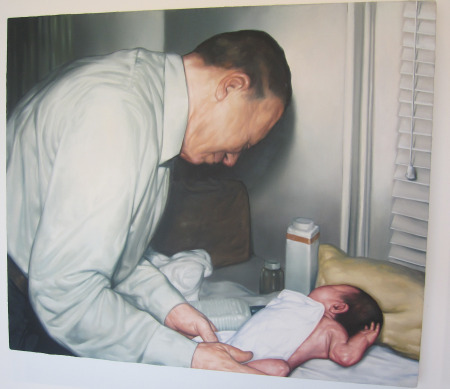 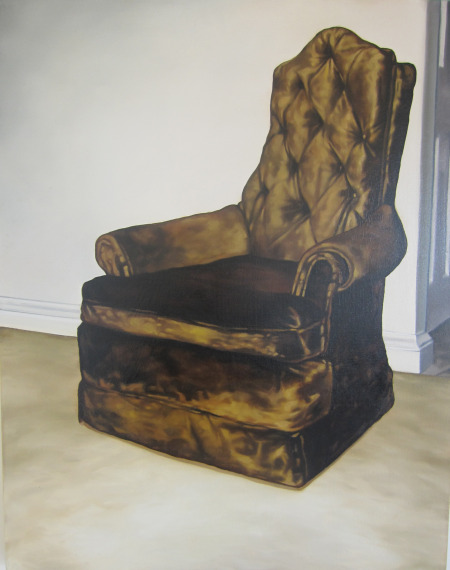 
Executing Marco Villegas’ wall drawings at The Art League Houston,
involved a whole lotta markers and a cast of dozens working 12-hour-days
over two weeks. Encircling the entire gallery, the dark fluid lines of Long
Way She Wave manage to reference both Hokusai and the BP
oil spill. It’s an epic endeavor. The drawings’ edges are the only
glitch in the installation; having one uninterrupted image would keep
the magic going. 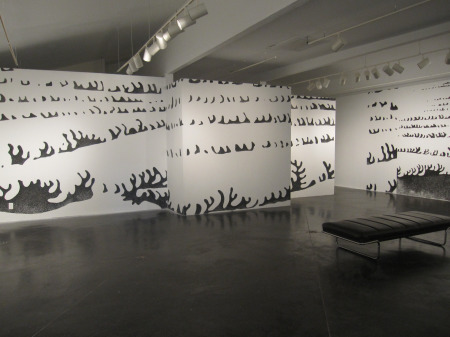 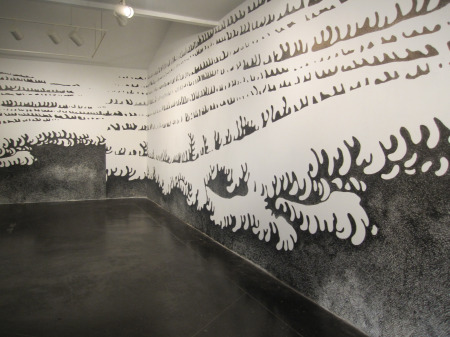 Light,
shadow and line are used to great effect in Jay Shin’s show at Barbara
Davis. The metal lines of Shin’s stainless steel constructions create their
own shadow lines on the wall. Shin plays with your perceptions by
painting planes of faint grey in between the shadows. In Shattered-X,
(2010) he projects shaped light on he wall over subtly colored, painted
geometric forms. Your eye keeps expecting them to move. 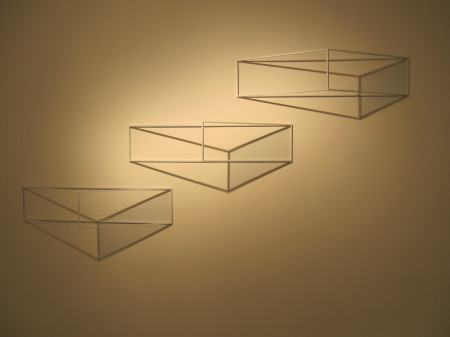 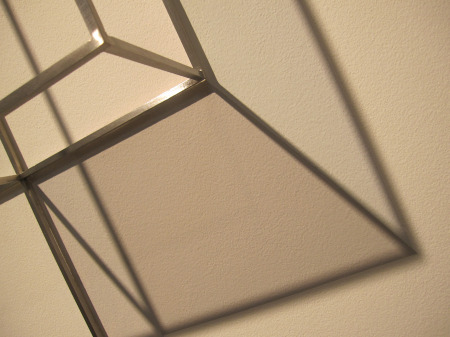 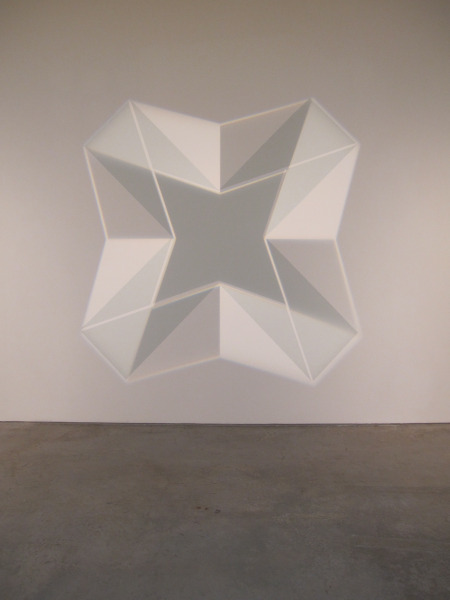 There
has been a ton of “deer” art in the last ten years. I don’t really know
what sparked the deer craze but in Anya Tish‘s Creature Comforts,
Ann Wood had a witty addition to the oeuvre. Scream, (2010) a plastic deer decoy
with thick pink icing-like (or ice cream-like) polyurethane foam dumped over it was
baroquely goofy. The show is sadly down, but check out this image of
Scream, (2010) and Wood’s unintentionally BP-esque duck, Bitter Sweet,
(2010). 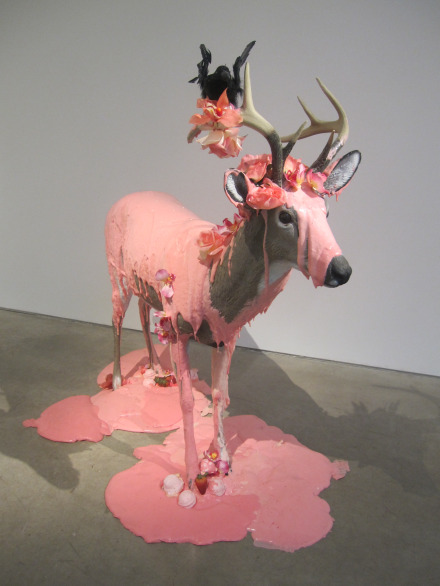 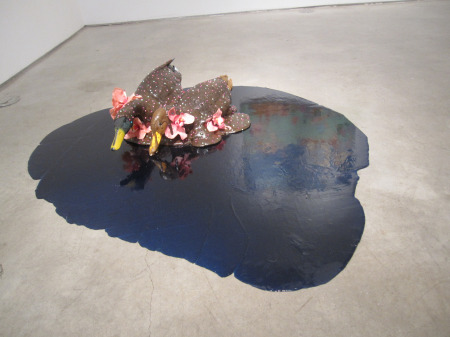