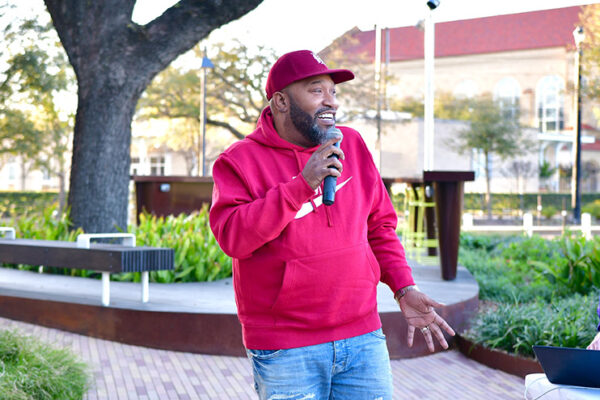 Bun B at the 2022 Art Car Parade Kickoff

Last week at the Kickoff Party for this year’s Art Car Parade, Bernard “Bun B” Freeman, a Grammy-nominated hip-hop artist from the Houston area, was announced as this year’s Grand Marshal.

In this role, Bun B will lead the procession of 250 art cars through downtown Houston on Saturday, April 9. Past parade officiates include Cheech Marin, Dan Aykroyd, J.J. Watt, The Art Guys, Anise Parker, Kinky Friedman, Lynn Wyatt, and George Clinton.

About his appointment, Bun B said, “It’s a great time to be Bun B in Houston. It’s a great thing for families and we haven’t had a lot of opportunities in Houston to really have a great event where everyone and their family could come out and enjoy it, but the Art Car Parade is going to provide us that and I’m so proud and honored to be the 2022 Grand Marshal.”

For over twenty-five years, Bun B has made a significant impact on the hip-hop world, from his group UGK’s 1992 debut Too Hard to Swallow, to their 2007 hit International Players Anthem (I Choose You) featuring Outkast. But his legacy moves beyond the music charts. In 2015, a course he co-taught at Rice University with Professor Anthony Pinn on religion and hip-hop became a nationwide sensation and was made available digitally. In 2017, following Hurricane Harvey, he helped lead recovery efforts, and now, Bun B continues to work with local communities.

Aside from being a significant contributor to the Southern rap movement and his work in education and community activism, Bun B is also interested in car culture. Since 2010, he has participated in many of the Gumball 3000 rallies, an annual seven-day trek taking car enthusiasts across countries and continents. 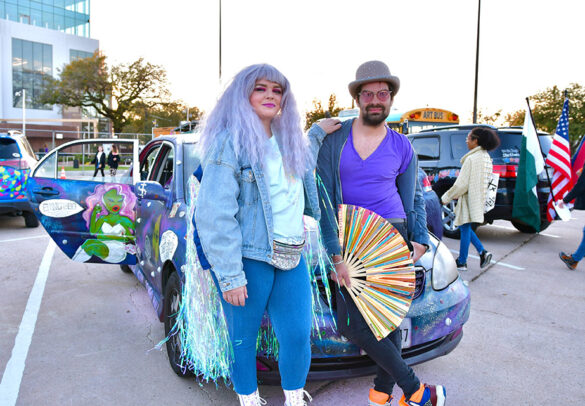 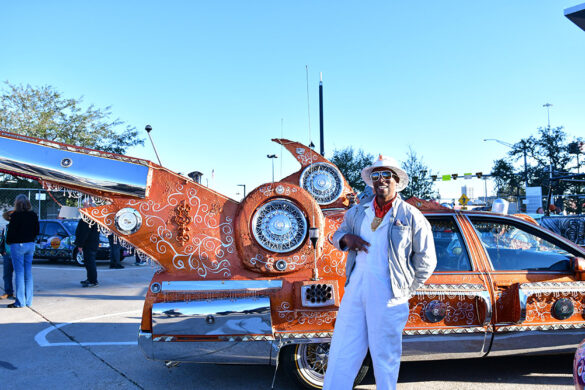 This year’s Art Car Parade will feature a large number of “slow, loud, and bangin’” (slab) cars — a type of custom car that originated in Houston and is known for its high-gloss paint and iconic elbow wheels. Additionally, over 100 of the cars in the parade will be never-before-seen submissions from across the United States.

While the parade will take place on Saturday, April 9 starting at 2 pm, other events during Art Car Weekend including a preview of select art cars, The Legendary Art Car Ball, and the awards ceremony, which will all take place April 7-10. For more information, visit the event’s website.