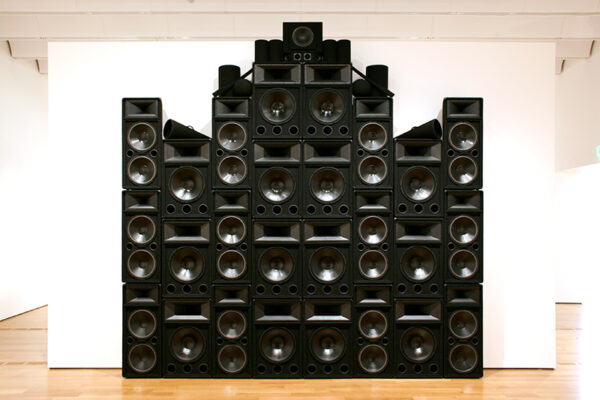 A sculpture and sound work by Nadine Robinson

From the Contemporary Arts Museum Houston:

“Recently called one of the best exhibitions of the year and a tour de force by the Los Angeles Times, The Dirty South makes visible the roots of Southern hip-hop culture and reveals how the aesthetic traditions of the African American South have shaped visual art and musical expression over the last 100 years.

Echoing from New York to Los Angeles in the 1980s, the musical genre of hip-hop became, for many, the empowering language of the voiceless. In the mid-1990s, André 3000 of the Atlanta-based duo OutKast, proclaimed, “The South got something to say!” André’s clarion call shone a light into a centuries-old repository of rich Southern aesthetic traditions rooted in the fraught histories of this nation while centering the South as a vital contributor to the rich musical genre of hip-hop. While the expression “Dirty South” is codified within the culture of Southern hip-hop music, it encompasses a much broader understanding of the geography, history, and culture of the Black South. The Dirty South explores the traditions, aesthetic impulses, and exchanges between the visual and sonic arts over the last century. Featuring a multigenerational group of artists working across a wide range of media—including sculpture, painting, film, photography, and sound—The Dirty South presents more than 130 works and will span the entire Museum. The exhibition opens Thursday, November 4, 2021 and remains on view through February 6, 2022.” 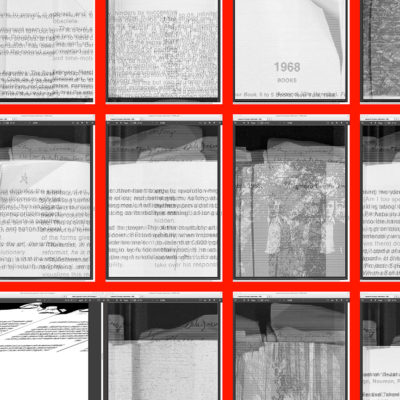 A work by Carolyn Sortor

From The Cedars Union:

“Please join us to view an installation of CU cohort artist Carolyn Sortor in CU’s popup project gallery, S14. The work titled Rematerialization, comprises an array of eleven digital prints on honeycomb aluminum panels, each 9 x 53”. The project began in 2013 when Sortor accidentally produced a glitched PDF of some writings by Lucy Lippard describing Conceptualism and other trends in art in the 60’s, encapsulated by Lippard and John Chandler in the iconic phrase, ‘the dematerialization of art,’ in which artists explored or reacted against the increasing commodification, exploitation, and colonization of art and in many cases also of other material goods, lands, and labor.

Rematerialization has to do with exploring how movements and histories reflect and interact with their respectively contemporary ‘real life’ events and concerns, how they produce, reproduce, and transmute one another in the wake of unfolding developments and forgettings, as well as an attempt to revisit and reinterpret the successes as well as the concerns and work of the 60’s in the light of our own time, when it is the immaterial dimensions of our lives that seem to have become the means or venues for commodifying, exploiting, and colonizing our immaterial properties, virtual space, and our very psyches.” 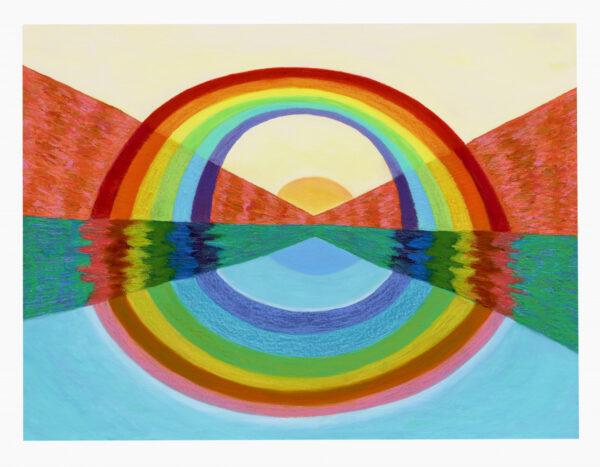 A painting by Ping Zheng

“McClain Gallery is pleased to announce an exhibition of new oil-stick-on-paper paintings by Ping Zheng (b. 1989 in Zhejiang, China).  Zheng’s imagery is rooted in nature but operates in a richly symbolic realm where the vibrational energy of the natural world merges with biomorphic abstraction. In depicting landscapes both real and imagined, Zheng embodies a space where she has long found freedom and solace. The Voice of Water is the artist’s second solo exhibition, following our inaugural presentation of her work online in 2020.

In these recent works, Zheng captures the potential and sense of magic she feels through uninhibited self-expression. Each painting is essentially a meditation, granting access to a place pulsing with symbolic potency. With reverence for art movements from spiritual abstraction to surrealism, Zheng’s depiction of nature is integrally tethered to bodily forms: sensual curves, undulating peaks, orbs, and fuzzy textures often reappear. In “Shimmering Sea Mountain,” a sun shines through a valley, and the resulting reflection off the water has an animistic quality: a painterly, yet cartoon-like chorus of neon-citrus ripples toward us, until it finally resolves into the calm of a mottled blue and green sea. As Barbara Pollock commented in her recent essay about the artist’s work: “Zheng views light as a kind of life force, necessary to propel a painting into a relationship with the viewer.'” 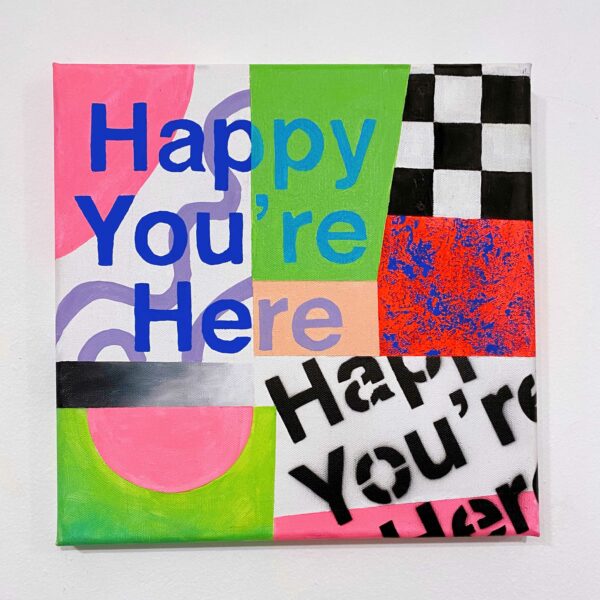 A piece by Ursula Zavala

From Not For You Gallery:

“Reforma is the second 2021 solo exhibition from local artist and gallery owner Ursula Zavala. The show serves as an epilogue to the previous show titled, It’s Not Fun Anymore that took place at Clamp LIght Studios and Gallery and ran in October 2021. Whereas that show was an expression of stress and trauma, Reforma is a celebration of life and healing with a new perspective represented by new mediums recently learned by the artist. The show features soft sculptures, paintings, and an interactive piece that invites viewers to participate in the healing process. The opening takes place the week of the artist’s birthday, which is used as a symbol throughout the work. Ideas of rebirth and the hopes of a more positive future where the struggles of mental health and anxiety improve over time are at the core of the exhibition. The work presented is made with the assistance of the Luminaria Artist Foundation’s Working Artist Fund.” 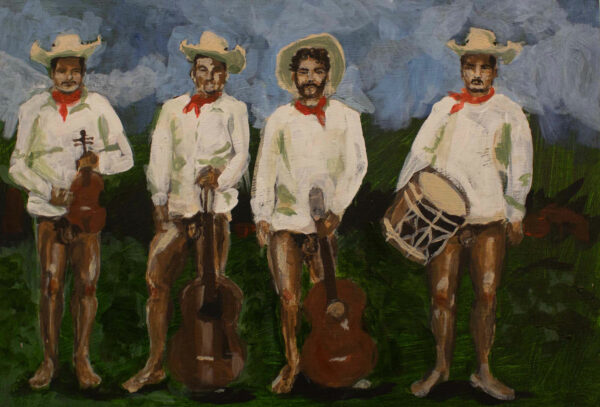 A painting by Aroh Arzate

The artist on their work: ‘I explore Mexican-American culture through a queer lens. The conflicting philosophies of what it means to be a man are fabulous. My work uses queer symbolism and nudity to challenge ideals of machismo, an aggressive and exaggerated sense of male pride.’