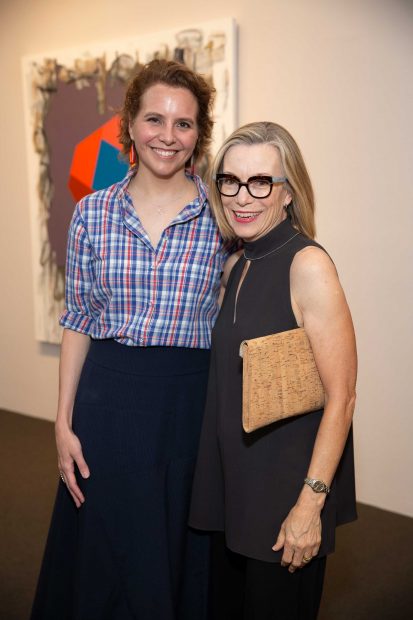 Molly Glentzer, the Senior Writer and Critic for Arts & Culture at the Houston Chronicle, has announced that she will be leaving her position at the paper on January 15th.

A Houston native, Glentzer has been a staff arts critic for the publication since 1998. Because of her journalistic beat, which was all-encompassing of the city’s arts community, she covered the growth and changes of not only Houston’s museums and galleries, but also of its dance community, its parks, it’s social scene, and much more.

In a Facebook post, Glentzer noted that she is not retiring, but instead she applied for and accepted a voluntary buyout from Hearst, the Chronicle’s parent company. In the post, she goes on to say that she “hope[s] to continue as an arts and culture journalist but will take a few weeks to refocus.”

The Chronicle’s loss of Glentzer is notable — she was the central arts writer for the city’s only daily newspaper, with her stories regularly appearing in print and online. She was one of the state’s last full-time arts writers at such a publication. It is not an exaggeration to say that her coverage has helped expose a wider public to the dancers, artists, actors, and other creative individuals who make Houston vibrant.

In the many comments on Glentzer’s Facebook post announcing the news, the main sentiments were those of thanks: for her work ethic, which oftentimes produced multiple articles a week, and for her years of diligent coverage promoting all that Houston has to offer.

Wishing Molly all the best in her new adventures, and deep gratitude for her commitment to the Houston Arts community.

Well done Molly, your writing and passion for art and Houston artists has helped to lift us all. All the best to you in future endeavors and please keep writing.

Sorry to hear that Molly Glentzer will leave the Chronicle. Her writing was always insightful and enjoyable as well. Not an easy combination to do. We
hope we will see her work in another venue soon. Be well.

Thank you for your insightful and very well documented articles on art in the Houston Art Area. I appreciate your grasp of the art historical place of each artist or exhibition. Best wishes for your next venture Mary Jane Victor