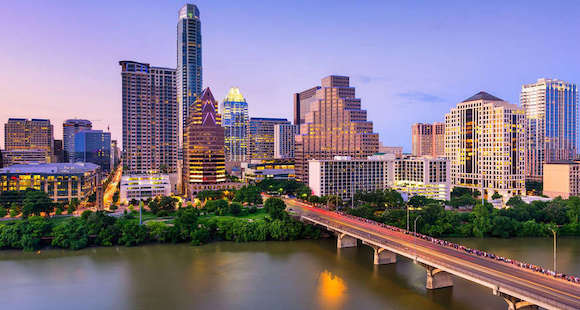 Over four months, the Texas arts economy has been hard hit. The Houston metro area alone lost more than 42,500 creative industry jobs and $1.6 billion in sales. Over the period of April 1 through July 31, 2020, a study from the Brookings Institution led by Richard Florida and Michael Seman looked at both creative industries and creative occupations like musicians, artists, performers, photographers, writers and designers, at the national, state and metropolitan levels. The study states that while the large metro areas will have the largest absolute losses, it is smaller, more rural areas that will see the largest unemployment and underfunding crises.

According to economic impact data from the Houston Arts Alliance, the Houston Chronicle reported the arts and entertainment industry in the region has a 50% unemployment rate and “arts organizations expected to see about $75 million in lost income and more than $10 million in lost donations.”

The study lays out the damage in numbers, but also has a bullet-point list of what needs to happen to stave off the bleed, and repair the arts economy going forward. In the Brookings Institution study’s summary, things point toward the arts market becoming more regional:

“With reduced demand for large cultural events as a result of social distancing, there is an opportunity for communities to shift to locally sourced culture. Communities can develop strategies to hire local creatives and create online portals and platforms to allow residents and businesses to hire local artists, musicians, and performers for smaller-scale, local events.”

(For a Glasstire podcast about the possible hyperlocal future of art, please listen to an April 26 edition of Art Dirt.)

The study’s solutions also include a “bottom-up” approach with funding, and states, simply, that arts industries massively improve not only the economy, but communities’ quality of life. While arts funding is often the first to get cut, all numbers point to the arts as a driving force in the economy (especially in Texas). The economic data shows that taxable revenue from the state’s arts-and-culture industry has grown by 15.5% over the past decade. In 2017, the industry generated $5.59 billion, which resulted in nearly $350 million in tax revenue. Houston and Dallas each generated nearly $1 billion or more in arts revenue, and Austin and San Antonio each generated more than $350 million. Beyond the financial, studies show the positive impact of art on student enrollment, and recovering medical patients.

Will these studies make an impact when it comes to budgets and funding? Probably not. As Glasstire’s founder, Rainey Knudson wrote eight years ago:

“It should not be a surprise because these types of studies have been going on for decades now, and they invariably have the same result (“$$ Huge Art Impact on the Local Economy!!! $$”). Americans for the Arts, the advocacy group that authored this study as well as hundreds of others around the country, has been running the numbers on the arts for over two decades. The Texas Cultural Trust generated similar studies in 2001, 2008, 2009, 2010 and 2011. Farther afield, studies have been going on since the 1980s by the World Commission on Development, the President’s Committee on the Arts and the Humanities, and other groups.

“Why the preoccupation with the economic impact of the arts? As far back as 1987, one economist suggested that ‘more money has been spent on assessments of the impact of the arts than on any other arts policy question.’ This is a tragedy, when one considers the same effort could be going towards long-term studies about the effects of art education, or on artists’ effects on neighborhoods, or on crucial intangibles — like how happy the arts make us. (Yes, things that aren’t money can also be quantified.)”