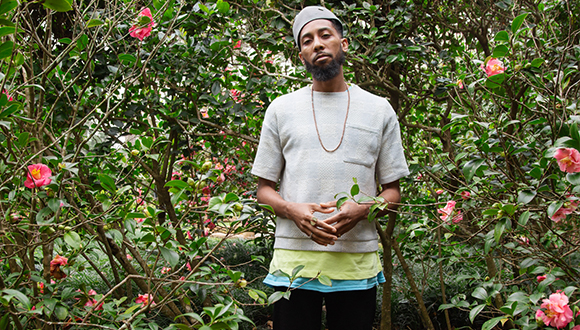 Creative Capital, the New York based cultural philanthropy organization, has awarded Houston artist Jawwaad Taylor a $100,000 prize for the production of a new sculpture and music performance. Start With Self, Taylor’s project, is based on his research and experience with sonic healing as a sickle cell anemia survivor. The sonic stimulation and visual art piece explores the science related to how certain frequencies stimulate endorphins in the body that lessen pain and relaxes the mind. 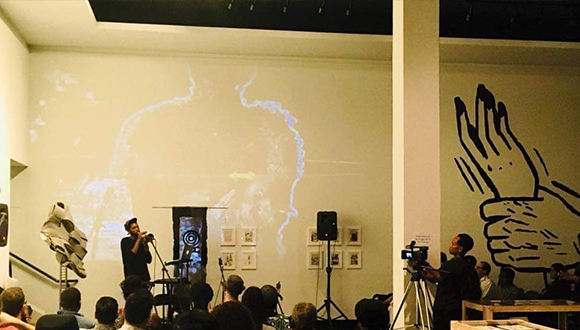 “The concept is about me reflecting on how sound, art, and music have played a really intense role in my own healing,” said Taylor in a phone interview with Glasstire. “I remember the first time I realized that music and art was therapy [and] would hep me heal. I was in Mexico City with [Houston musician] Dave Dove for a festival, and I got there and feeling ill from a sickle-cell crisis.” Taylor told his bandmates that he couldn’t play the gig, but they encouraged him to make a final decision just before the concert.

When he started to play, he began to feel something. “I’m not a guru, or healer, or shaman,” Taylor said.” But I did notice the performative element and the energy that cycled through my body as I was preparing to play, and then actually playing music that I love, actually was a very healing experience for me” 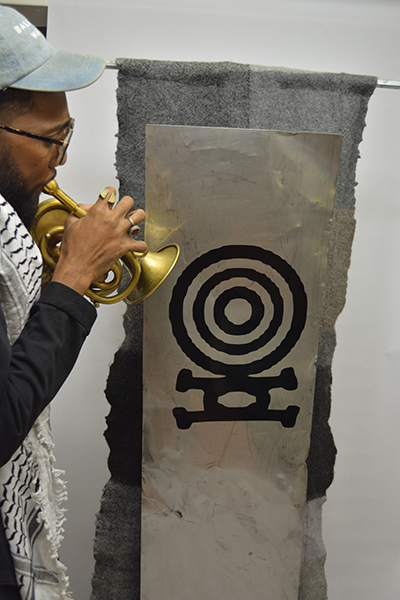 Creative Capital awarded 35 projects this year, representing 41 individual artists, including Taylor, with each project receiving a total of $100,000, split between direct project funding and career-development services. This year’s awards, totaling $3.5 million, were awarded by a nine-member interdisciplinary panel made up of:

Other artists awarded for their projects include Stephanie Wang-Breal for documentary film and video art, Dorian Wood for music performance/performance art, and Jackie Sumell for Artistic Activism and Social Practice. For the full list of awardees, please go here.

Since its inception in 1999, Creative Capital has awarded $48 million in project funding and advisory support to 596 projects representing 741 artists, working with more than 20,000 artists in over 800 creative communities across the US.
For more on the 2020 winners, please visit the Creative Capital Website here.
****

Creative Capital was formed in 1999 as a way to reinvent cultural philanthropy in an effort to support innovative artists, and it picked up some tenets of venture capital in doing so – specifically the ideas of providing infusions of funding at key moments in an artist’s project, surrounding the artist with mentors and access to a network of cultural experts, and hosting retreats for artists to pitch their projects and express what they need to a large audience of cultural producers and stakeholders.

Founded in response to the National Endowment for the Arts’ termination of the majority of its grant programs for individual artists, Creative Capital is animated by a fierce commitment to freedom of expression. We particularly value forward-thinking and boundary-blurring work, and seek out projects that could not be realized without the additional support we provide.