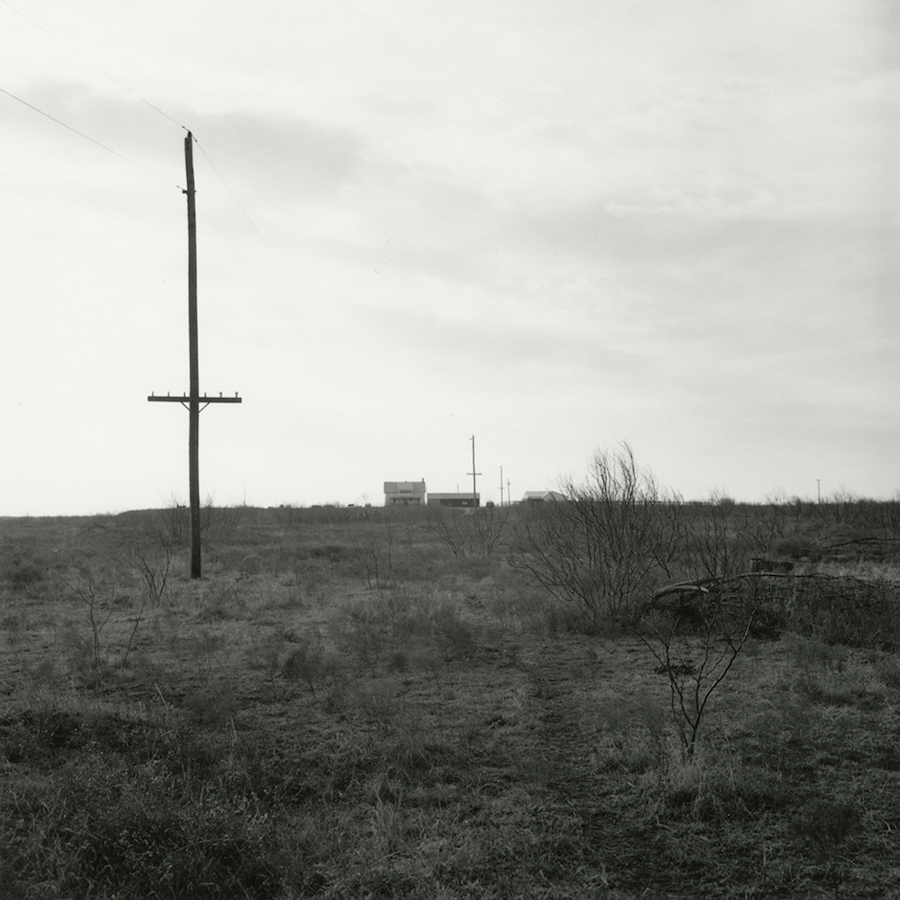 One of my favorite quotes about Texans was meant for Venetians, when Jan Morris wrote that the people of the marshes had an “introspective melancholy pride of people on their own.”

I love this, but as it happens, as soon as you make a claim like that, you find all sorts of cracks in it. A large majority of Texans (even using the shared title is problematic) are not melancholy at all, nor are many particularly introspective, though most of them do share that “people on their own” attitude. By nature of that condition, they do flirt with introspection at times and that introspection can flower into a deeply rooted melancholy as well.

When I am thinking of that line, I am thinking of North Central Texas, where I am from — a space that, though I have been out of Texas almost 20 years, still manages to set up certain spaces inside me. When I think of home, I think of open spaces populated with houses set back from the road, surrounded by large amounts of acreage. This is farm and horse country, and, even if you are not farmer, there is usually enough space to go to work on you.

The further west you go, the harder the land gets, both existentially and literally. The isolation can be severe. To encounter neighbors, even those my family knew, amounted to small shocks. The houses and families were quiet worlds unto themselves, meeting occasionally for events like livestock shows or church. In this sense, this part of Texas has many islands.

Frank Gohlke’s photograph, Looking West Toward House and Barn, Ross Family Ranch, Jolly, Texas (1972/2016) is perhaps the best encapsulation of what these houses mean that I have run across. The house in the photo is not unlike Venetian monasteries wading in the marsh. The house holds its secrets in the same way, practices its own rule in the same way. The house is on the line between being the subject of the photo and being merely a part of the landscape of the photo. My guess is that if the house were a touch smaller, it would have no more status in the photo than those bits of scrub in the foreground, or the branch on the right of the photo, serving as a counterweight to the bearing of the phone poles to the left.

The title is so specific: Looking West Toward House and Barn, Ross Family Ranch, Jolly, Texas. I think of New Topographics photography’s documentary impulse when I see this title, deadpan and descriptive in the same manner as many photographs in the ’70s. My first impulse is to look up Jolly on a map and relate it to Scotland, Texas (25 miles south) where my family settled. If Gohlke is looking west so squarely, and assuming this house faces the road, he may be on Farm Road 2393, which would take you north to another tiny town called Dean, which he has also photographed.

Looking West, Gohlke is not only looking locally to the house but beyond it to Wichita Falls and by default to the West itself. I grew up in Valley View, Texas (near Denton), an hour and a half east (as we say, take 287 to 1749 up to 922 through Forestburg). In this part of Texas, the city of Tyler is metaphorically, symbolically, and historically East, as Wichita Falls was West.

I try to see the absurdity of that, but it is hard to shake. I am vindicated at least in a partial way by the 98th parallel, which splits Texas right down the middle roughly from Henrietta to Austin and down to Alice. Where I grew up was where the primordial forest of pre-colonial America petered out, and Wichita Falls and that land to the west was technically where the plains got going. Tyler was the forest. In a very real sense, the landscape defined by the people who settled over by Lubbock was different from the landscape that defined the people of Tyler.

In comparison to East Texas, land west of the 98th parallel was settled later, even much later, and, from a certain point of view, the Ross Family Ranch and the old houses of my childhood are some of the newest structures in the United States. S.C. Gwyne demonstrates why in his wonderful book, Empire of the Summer Moon, when he describes the land west as the then-indomitable province of the Comanche.

Westerners dared not settle west of the 98th. Instead, they took their trails right through plains and desert, further out to lands west in California, and north. If they did not put down roots, the Comanche seemed not to care about them much, and until the horror of the Colt pistol and men trained to fight on horseback, westerners mostly did not settle there. The Comanche themselves had their residences and moving villages significantly further west, in New Mexico and even Colorado.

Jolly, where Gohlke’s photo is taken, is a toe over the line into the West, in a more recent history, where a certain view of the West begins. And here we find our house, keeping its own counsel.

Gohlke relates, in his recent book published by the Amon Carter Museum of American Art, that the Ross Family Ranch was his family’s ranch, built upon for the first time in 1918. Relatives of his lived on it, “ran beef cattle and looked after oil wells,” and thus Gohlke knew well this distant ranch in the photo. Odds are, “Ross” and “Gohlke” represent together two of the main ethnic groups of this area: the Germans (who followed a land grant there in the late 19th century) and the Scottish (part of the early wave of pioneers).

It is strange to look upon the Ross family home, having seen these houses all my life yet having gotten to know only a few of them. I keep looking for the meaning of the photo. Is it about memory or is it merely documentary? It is certainly about memory for me — it is almost as though I grew up in Germany to discover that one of those Becher water towers was, in fact, a water tower I climbed on, or that one of those Ed Ruscha liquor stores on the Sunset Strip was where I bought my first beer. However, this basis in memory (for me and for Gohlke) flowers into universals somehow, into the idea that this land wears its inhabitants lightly.

Gohlke’s row of poles (they look like crucifixes to me) goes up to, and more importantly, right on past the house. This line is the actual center of the photograph, with the house slightly left, as though it isn’t the whole point. One could do a lot of work thinking about that phone line — how it rises and recedes in the foreground, towers over the aperture of the camera and vanishes outside of the frame. There are not many of these houses left. Every time I go home, more of them disappear, prey to an endless march of sheet-metal businesses, all fodder for tornadoes. These houses write their own elegies. Sometimes, they write your personal elegy.

I have many memories of these houses out in all that space, against which I must test this introspection and the melancholy principle. I think of the long, passionate arc of dogs as they run out from the distance to dangerously follow your vehicle. I think of grazed brown fields and long driveways, wrought-iron gates with single letters, and mailbox sentinels out front. Most of my visual life in Texas consisted of these quiet structures.

And it is a testament to both their isolation and their containment that my ultimate fear growing up were thieves or even killers who violated that containment. It is no mystery to me why the In Cold Blood killers so gripped the American mind. It struck me with a certain amount of terror to think of an unknown car or walking person coming up my cattle-guarded driveway. There was a certain sense that the outcome was up in the air. Maybe it goes all the way back to the first settlers here, where the killer was not people but the land. Maybe the houses still teeter on in this provisional reality to this day. Guard the water. Guard the land.