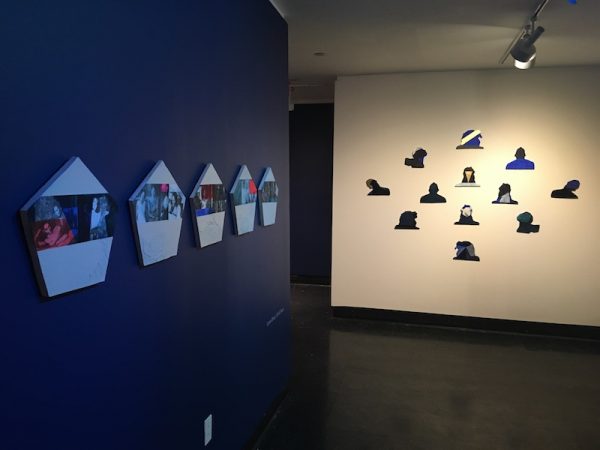 Lovie Olivia’s current solo show at Lawndale in Houston is a launch in a refreshing direction for the Houston-based artist — it has the heft of a small retrospective, but it isn’t. This work is new. Olivia is a well-known player within the Houston art community, and her work tends toward both traditional studio practice and socially engaged works. The Lawndale show, titled Tuft & Facet, is a collection of paintings, installations, and sculptures that take note and drive a dialogue in the interchanges of the Black, Queer, and Southern Communities.

The curation and execution of the show is clean and articulate. Lawndale’s galleries can be a challenge; they exercise an artist’s ability to adapt and make site-specific choices. The main gallery space is demanding, with its vaulted ceiling, columns, and floor-to-ceiling windows, and it can make the upstairs space feel small in comparison, like a project space. The Lawndale’s recent renovations to the second floor point toward how the institution might make better use of the space; the awkward “peek-a-boo” window looking down onto the the main gallery has been walled over, effectively erasing an architectural distraction. The space named the Cecily E. Horton Gallery is now very intimate, and feels reminiscent of the semi-hidden galleries one might find in major museums. 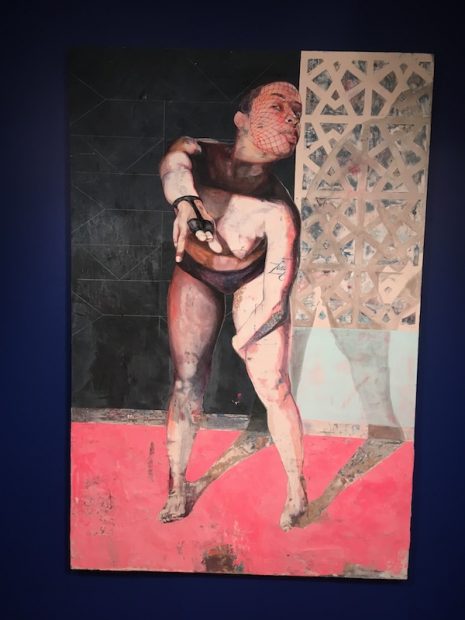 Olivia’s show is dark and moody, with a deep-blue wall treatment, making all the works pop. Her new painting, Open Carry, is powerful, and the treatment to the surface is seductive; the colors are lush and unpredictable. The work contains the energy and charisma of the work of both Alice Neel and Kehinde Wiley, with the boldness and gravity of Jacob Lawrence’s paintings. 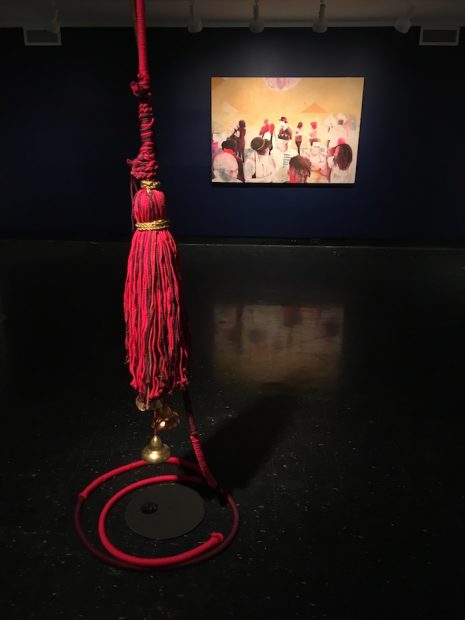 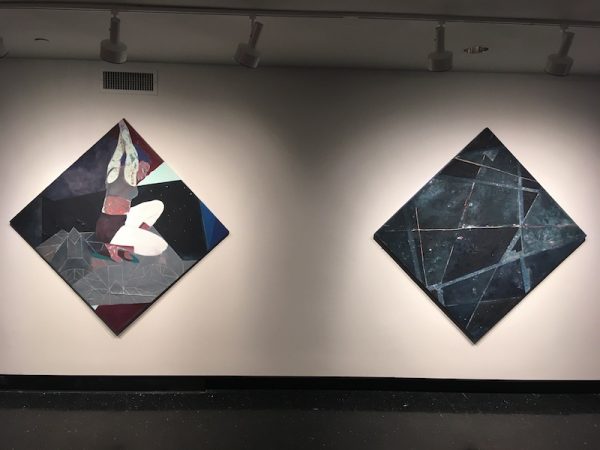 Anchor and A Square Turned Right Becomes a Diamond

Another work, Lower Rung II, hangs in the middle of the room, acting as an accent or ornamental icon, filling your view of the other works as you gaze through and past it. The work’s rich thick red rope and gilded accents evoke a historical or royal quality that plays well with the rest of the works in the show. Other works in the show, including Flame, Anchor, and A Square Turned Right Becomes a Diamond are new paintings from Olivia, and carry a similar weight and direction of Open Carry. The diamond paintings are mostly abstract, while Flame delivers something of a narrative on place and community. Olivia’s object-based sculpture, such as Bulldagger, reads like a fetish or S&M object from some lost civilization. Olivia’s craftsmanship  is precise, and her way with the shifting textures of rubber, brass, and polished wood is key to the success of the piece. Placed directly behind this work is Memory Stack; its stark white panel presents a cut-out of the shape of a woman’s torso. Through the silhouette is a stack of books that, taken together, read like a collection of ideas, directions, and social explorations, giving hints about the artist and her devotions. 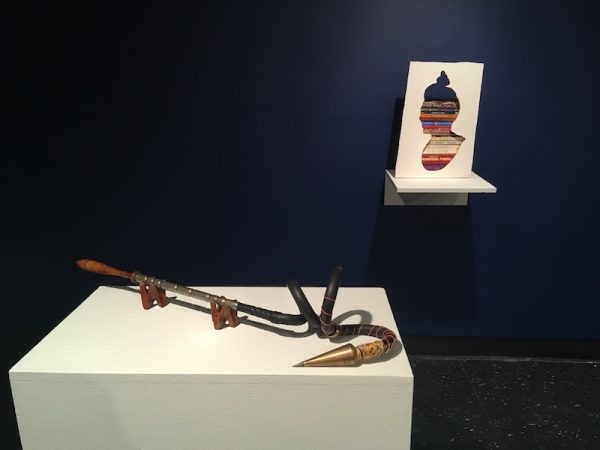 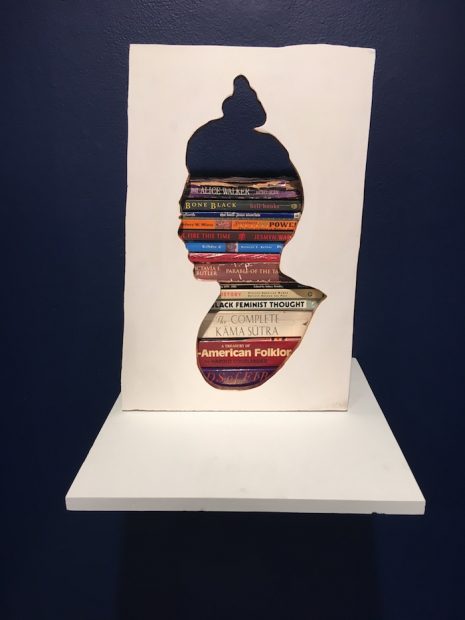 It’s easy to get discouraged in our current political turmoil (without even turning on the news), but Lovie Olivia shows us a direction of strength and hope. Tuft & Facet doesn’t come off as a “Political” show with a capital P, but its politics are palpable. It’s subtle and well-presented — with a feather touch it allows deeper conversations to surface.

Through Nov. 11 at Lawndale Art Center in Houston.