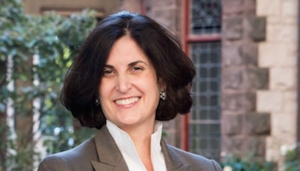 The Dallas Museum of Art (DMA) announced the establishment of a new curatorial position yesterday. Dr. Heather Ecker has been appointed as the Museum’s first Marguerite S. Hoffman and Thomas W. Lentz Curator of Islamic and Medieval Art, beginning at the DMA on July 30.

With the long-term loan of the Keir Collection in 2014, the DMA became the third largest repository of Islamic art in the United States. This is in addition to its growing collection of European medieval art. As the new Curator of Islamic and Medieval Art, Dr. Ecker will oversee the presentation, research, conservation, and growth of the Museum’s holdings in these areas.

Currently a visiting scholar at Columbia University, Dr. Ecker previously served as the first Head of Curatorial Affairs and member of the management team at the Aga Khan Museum  that opened in Toronto in 2014. She also managed the museum’s collections and conservation projects in several international locations. For six years prior, she led The Arts of Asia and the Islamic World Department and served as Curator of Islamic Art at the Detroit Institute of Arts.

Dr. Ecker received undergraduate degrees from Harvard College and the Institute of Archaeology at the University of London, as well as an MPhil and DPhil from the University of Oxford (United Kingdom) in Islamic Art and Archaeology. Ecker trained in objects conservation at the Institute of Archaeology, University of London, and held conservation internships and fellowships at leading institutions, including the British Museum, the Metropolitan Museum of Art, the Museum of Fine Arts, Boston, and the Khalili Collection of Islamic Art, London.

DMA Director Dr. Agustín Arteaga stated, “This new curatorial position is a crucial step in fulfilling the DMA’s commitment to advancing scholarship and building engaging exhibitions and programs around the full spectrum of the Museum’s incredible holdings.”

Congratulations to the DMA and to Dr. Ecker!