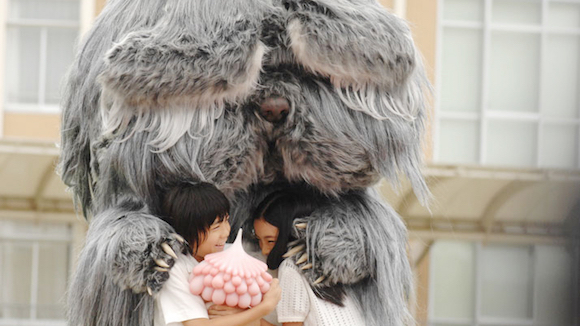 In 2015, the Modern Art Museum of Fort Worth spun its ever-popular Tuesday Evening lecture series into a year-round endeavor by turning the normally quiet summertime into film-series time. The Modern has released this summer’s Tuesday Evenings at the Modern: Films schedule, and not surprisingly, it boasts a number of Japanese releases to coincide with the Modern’s about-to-open big Takashi Murakami exhibition, titled The Octopus Eats Its Own Leg.

The film series kicks off on Tuesday, June 12 with Murakami’s own film debut, the semi-live-action, semi-animated Jellyfish Eyes, released in 2013. The week after, the Modern screens the Japanese animated sci-fi movie Evangelion: 3.0 You Can (Not) Redo, from 2012. On June 26, the movie is Takeshi Kitano’s 1993 Japanese yakuza film Sonatine. The master filmmaker (and founder of Studio Ghibli) Hayao Miyazaki’s 1979 film debut The Castle of Cagliostro is scheduled for July 3. Haruki Murakami’s coming-of-age narrative  Norwegian Wood is scheduled for July 24, and rounding things off on July 31 is Six Heart Princesses (6HP), “…an in-progress 15-episode TV animation series” by Takashi Murakami.