Pearl Fincher Museum to Reopen in May 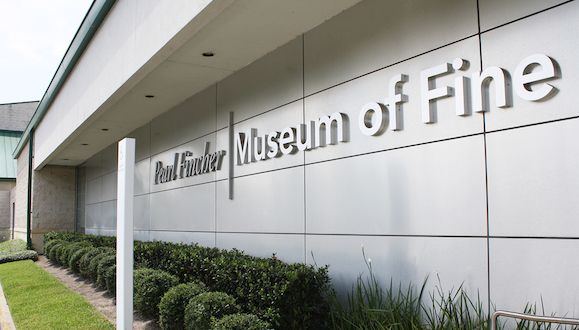 The Pearl Fincher Museum of Fine Arts in Spring, TX (named the 2015 Best Small Museum by the Houston Press) was hit hard by Hurricane Harvey last August. Despite the flooding, museum officials optimistically predicted that the museum would reopen in the fall. Like most Harvey victims, though, insurance did not fully cover the rebuilding. So, on top of dealing with the structure, it has had to initiate an intense fund-raising campaign.

The Community Impact Newspaper now reports that the Pearl Fincher Museum expects to reopen in May, in time for its 10th anniversary.

“We are so grateful for the many volunteers who have come to the Pearl to provide help and encouragement during this time,” said Ani Boyajian, who began her appointment as director of the Pearl just a few weeks before the storm. “This is an amazing community. Together we will emerge stronger and with a greater appreciation for each other and all that makes this unique corner of the world so special.”