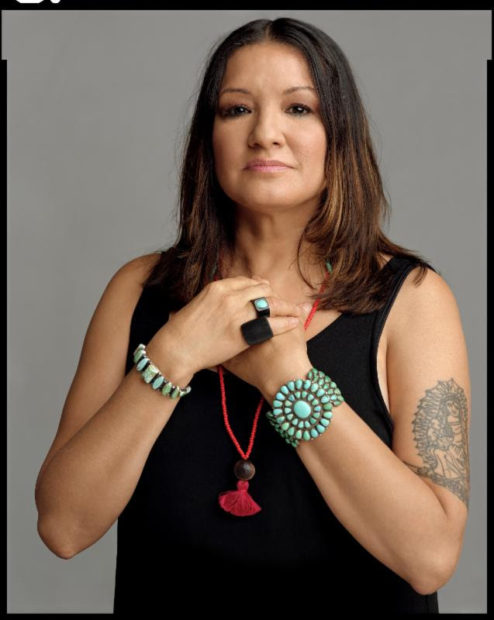 The San Antonio Museum of Art (SAMA) has announced that they have been gifted 31 portrait photographs created by American filmmaker and photographer Timothy Greenfield-Sanders. The works, which are large-format prints from Greenfield-Sanders’ Latino List series, depict accomplished Latinos posed against neutral-colored backgrounds. Some of his sitters include George Lopez, Gloria Estefan, Eva Longoria, and Pitbull, among others. Greenfield-Sanders shot these works while he was working on his 2011 HBO film The Latino List, in which he interviewed his sitters about the contemporary Latino experience.

The 31 portraits promised to SAMA come from Houston-based art dealer and collector Hiram Butler and his spouse Andrew Spindler-Roesle. Butler said of the works:

Giving the Latino List to the San Antonio Museum of Art memorializes old friendships and shared values. This group of photographs is especially important to me, as I grew up in Eagle Pass speaking Spanish, and San Antonio was my connection to the larger world of culture. Museum Trustee Banks Smith and I have known one another since we entered the University of Texas in 1970, while Timothy Greenfield-Sanders and I have been friends and worked together since 1979. I want my gift to acknowledge Banks and the friendship he has shown me—and to support an institution that does so much to share the art of cultures from around the world.

In October of this year, SAMA will present an exhibition of the 31 photographs donated by Butler and Spindler-Roesle.