by Paula Newton May 29, 2017
FacebookTwitterEmail 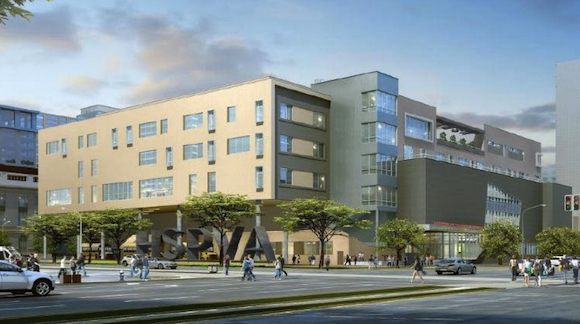 Donations to non-profits can be a tricky business, especially when it comes to naming rights.

The Dallas City Council voted 14-1 recently to recognize a $22 million gift offered by the Galveston-based Moody Foundation to benefit Dallas arts organizations—$12 million toward the AT&T Performing Arts Center and $10 million to create an endowment for small and community arts organizations in Dallas. The Foundation requested that the Dallas City Performance Hall be renamed Moody Performance Hall, reports the Dallas News.

Although the proposal had already gone before the Cultural Affairs Commission and the Arts, Culture & Libraries Committee of the City Council, both of which passed it unanimously, the name change meant it had to go before the City Council. The director of the Office of Cultural Affairs said that the Foundation “feels very strongly that it should operate as a separate entity without approval, specifically at the end, under the auspices of the commission.” One member of the Council voted against it, stating, “This governance plan concentrates too much power in the hands of too few people.”

The HSPVA Friends fundraising organization would have none of this. In a written response to the critics of the new name, they stated, “Your uninformed response to their generosity does not reflect HSPVA’s values. The petition puts the future of HSPVA in jeopardy and is a threat to all public schools that wish to seek their own private-public partnerships in order to offer stronger opportunities for young Houstonians.”

Thank you Glasstire for your coverage of this important issue. You may wish to update your readers that Richard Kinder’s offer was apparently insincere. He gave HISD another all or nothing choice, either give us no recognition at all, or we get the school name. The school board has never even acknowledged his offer, which was probably meant to be refused.
Many people have suggested that his 5% contribution to the construction of the new school downtown should have a theater name for recognition. But he is having none of that—HISD might take him up on that offer! You don’t see him demanding MFAH change its name to Kinder Museum of Art for the $50M he is giving them. He treats his peers on that board with much more respect than his fellow citizens and the HISD board. To them, he gave an ultimatum. A mere six days after the announcement of his extremely comprehensive naming rights contract, he told the board to vote on it without further delay, as the offer was “expiring” that day. No vote, no donation.
What a guy!