The Kids are Alright: ‘Origins of the Self’ at CAMH 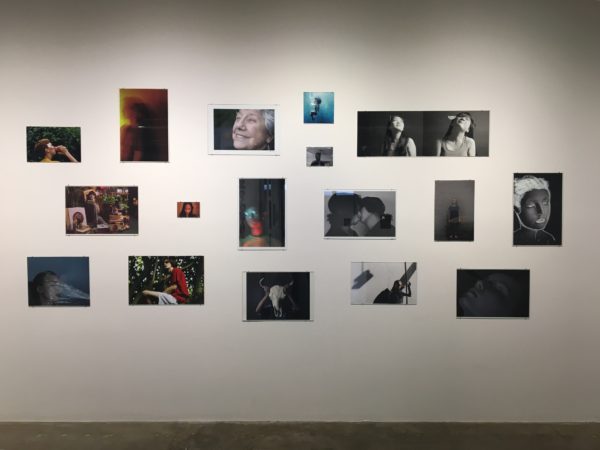 Origins of the Self, installation shot

Every other year the Contemporary Arts Museum Houston hosts an exhibition of works by local high school students. Curated by the CAMH’s Teen Council, itself comprised of high school students, the exhibition is open-call and this year over 400 submissions were sent in response to the questions: What is the real you? Where is the real you? How do you define the real you in a constantly changing landscape? The Teen Council members select the theme, title, and artworks as well as design and help organize the exhibition. The questions are very curator-y so they likely have help from the museum staff in structuring the ideas and choices.

The show is nicely installed and I can only imagine that the kids are proud and happy that the museum is interested in seeing what they make and hearing what they have to say. As much as art institutions annoy me at times, in this historical moment in which democratic institutions around the world are under attack, programs like the Teen Council and its exhibition Origins of the Self feel necessary and urgent. These young people will inherit the legacy of the social and political decisions being made today. They’re already living them. As an artist friend who is also a longtime high-school art teacher said he hopes the CAMH’s support will do “good things for their confidence. In this climate we can use some confident voices.” No argument there.

My initial affection is, of course, always for the kids who can draw, and there are several great drawings in the show. As far as I can tell these high-schoolers are generally far and away more visually sophisticated and frankly, more politically aware than my generation seemed to be. I attribute this to the visual and informational sophistication that comes with growing up on the internet. These kids have a wealth of imagery to learn and draw from that Gen Xer’s like me just didn’t have access to. 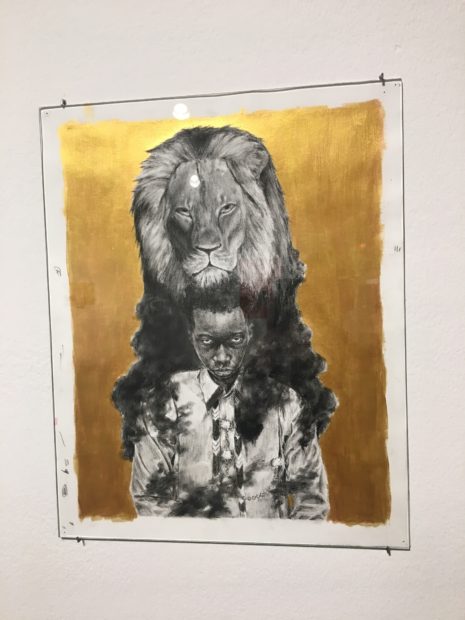 Maranatha Liga, The Power Within, 2016

The Power Within, Maranatha Liga’s charcoal drawing of a young man staring moodily out from a gold-painted background while a lion with a strangely abstracted body clings to his back like a backpack and rests its chin in his hair, is fantastic. There’s some great, sustained abstraction put to dramatic effect in a drawing that revels in the blingy, addictive soap-opera aesthetic of Empire. 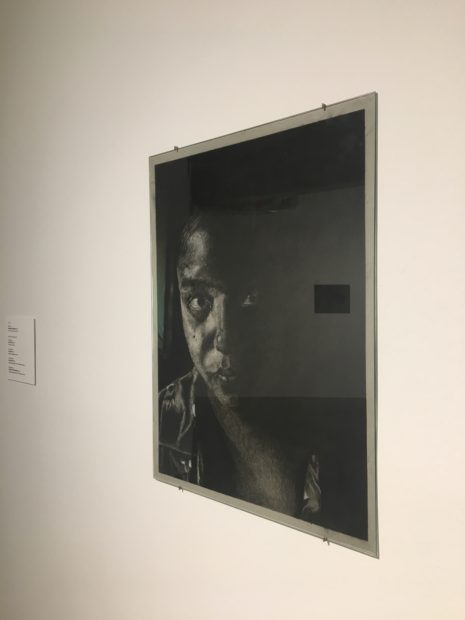 Nicole Aruj’s dark, dramatic charcoal drawing, In My Eyes is another good one. It’s big, confidently handled, and communicates a sense of fear and determination. For all the talk of Millennials not being up to the task of navigating the changing world ahead, most kids are doing what young adults have been doing for a long time: looking inside for the strength and confidence that will get them through the pain and difficulty—wherever they fall in the social hierarchy—of growing up and facing the world.

I spent almost all my time in high school and three years in community college high, and hating everything from religion to my parents to Bill Clinton and George W. A lot of kids in my generation took it for granted that everything was already screwed. There was a pretty strong strain of nihilism in my youth that I don’t really see in Origins of the Self. But there is an air of doomed romanticism here that has been a staple of young people since, well, the beginning of Romanticism. It’s comforting to see that many of the teens in Origins of the Self are still swimming in the same hormonal stew and youthful idealism that got James Dean, Sal Mineo and Natalie Wood into trouble, to say nothing of Romeo and Juliet. 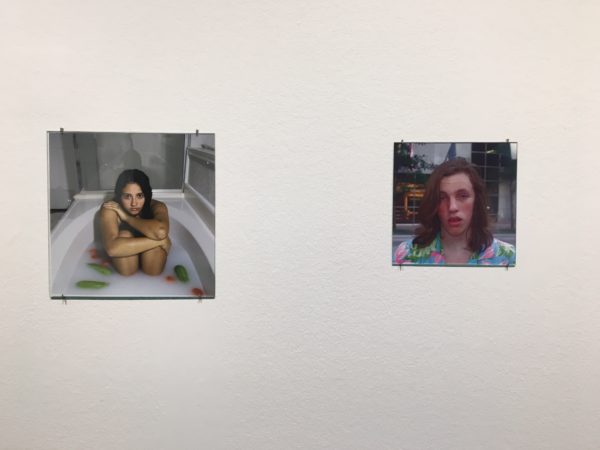 Kat Mesa sits nude (I assume it’s a self portrait), staring at the viewer from a tub of cloudy bathwater filled with cucumbers and oranges. Cleverly titled Soup, the image is sad, sexy, funny and little bit gross. Next to Mesa’s image is a photo by DeCarte May depicting a thin, red-lipped, long-haired, red-eyed guy in a Hawaiian shirt. Titled Dazed, this kid could belong to any generation from the 1960s on. He looks like every kid I hung out with at Lollapalooza. The more things change… I’m glad to see the stoners still representing.

Digital photography is the most prominent medium in the show. Everybody is a photographer now, and their images are no longer completely vernacular (like all the awkwardly posed families at Christmas that fill photo albums in closets all across the country). Photo-sharing platforms have turned millions of young people into sophisticated visual stylists, and if we can turn away from the “American carnage” for half a second, we might see the subversive potential in the mass empowerment of all people to shape and document the narrative of their lives and share it with their friends at the touch of a button. Go deep into normal-people Instagram: it’s crazy, subversive and, I think, powerful, and potentially an important tool in the fight to maintain democracy when Trump or the next asshole tries to take it away. These digital natives, whose very identity is embedded in the freedom of cultural exchange available on the web, will be the ones who will have to defend democracy by exploiting the internet’s empowering potential while combating social media’s oppressive capabilities.

I was listening to the radio the other day and on comes a Trump spokesperson claiming that the protests at airports across the country are solely the work of delusional Millennials. Of course this is nonsense, but even if these protests were the work of only that generation born after 1984, it wouldn’t disprove the fact that these protestors are demonstrating against living in a closed society that does away—with one cramped, psychotic signature—with the idea of legal travel between borders. 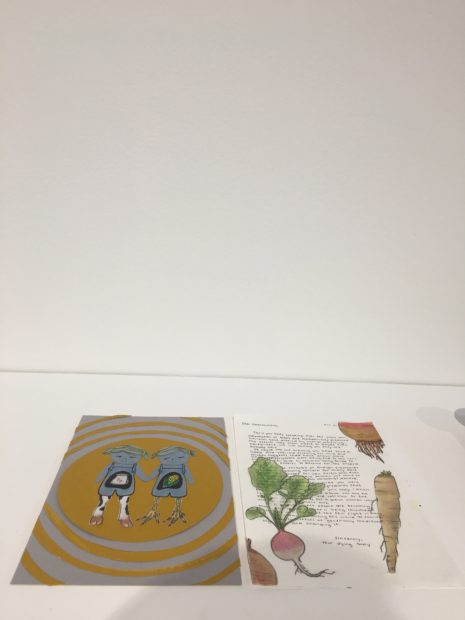 Painting an entire generation as any one thing is almost always an attempt by those in positions of authority to take the world with them to their graves. Every generation has its geniuses and its idiots. It’s a weird kind of self-hatred because everyone was young once, and experienced the pain and scars caused by reality and the damage it does to youthful idealism. But we forget I guess. The future is always in the hands of the young and we could help them by telling them the stories of our successes and failures instead of tearing them down from a position of gnarled, codified authority. For a few of the artists in Origins of the Self, the exhibition will be an important moment in their lives that helps them to see that while they have a lot of life, learning and pain ahead of them, their voices matter to their peers, their schools, their city and their country.

Through May 7 at the Contemporary Arts Museum Houston.

Michael’s review has reminded and encouraged me to drop into CAMH and see the Teen Council show. It also makes me want to have coffee with Michael Bise and talk. If he drinks coffee.