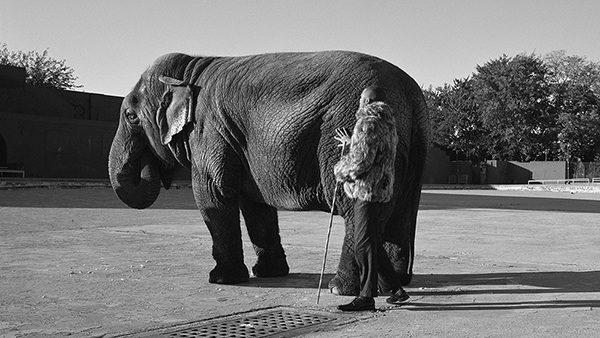 Still from Javier Téllez’s Letter on the Blind, For the Use of Those Who See, 2008.

University of Texas’ Blanton Museum of Art in Austin has announced a windfall gift of 28 contemporary art videos from the collection of Jeanne and Michael L. Klein, who are Blanton National Leadership Board members and international art collectors based in Austin. It’s a solid collection: Among the gifted works are videos by Tania Bruguera, Isaac Julien, Pipilotti Rist, Javier Téllez, Nina Katchadourian, Kota Ezawa, and others. Via the Blanton: “The gift to the Blanton comprises nearly all of the Kleins’ video collection, which they began donating to the museum in the 1990s.”

The Blanton’s director Simone Wicha writes: “Film and video are key media within contemporary art practice. As we continue to build our collection it is critical that we represent them in our galleries and showcase the story of contemporary art in a comprehensive way.”

The museum’s newly reinstalled galleries will open to the public on February 12, and the Blanton has created a dedicated permanent video room. The inaugural video in that space will be Javier Téllez’s Letter on the Blind For the Use of Those Who See (2007), which is one of the gifted works from the Kleins.

Which Texans are Big-Time Collectors?

Interesting short piece in the FT over the weekend on the market aspects of video and immersive art (first section in this news roundup): https://www.ft.com/content/6e59e060-e8a8-11e6-967b-c88452263daf