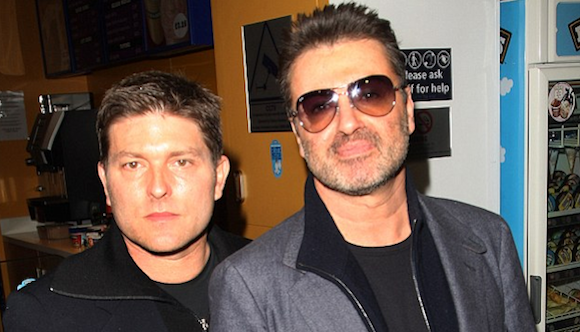 George Michael was also cofounder of Dallas’ Goss-Michael Foundation, one of the leading contemporary British art collections in the United States. When Michael and his longtime partner Kenny Goss started the Foundation in 2007, it focused on Young British Artists (YBAs)—such as Tracey Emin, Damien Hirst, and Sarah Lucas—including many from their own collection, but has grown to include international artists, as well as Texas-based artists. In 2013, the Foundation launched an Artist-in-Residence Program. Goss remains at the Foundation, but he and Michael split up in 2009 (although not announced until 2011).

A few weeks ago, news sources such as the Daily Mail began reporting that Michael and Goss were rekindling their friendship, some speculating that the couple might get back together. According to Michael’s web site, he was also busy finishing up a documentary called Freedom and had just been nominated for the Songwriters Hall of Fame. The voted winner will be inducted on June 15, 2017.

Here is the 1986 “Last Christmas,” made during his time with the music duo Wham!