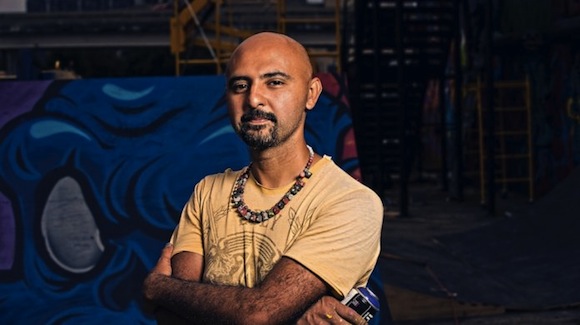 In celebration of the tenth anniversary of the artist studio program at Houston’s Lawndale Art Center, Lawndale Live opened this weekend. Directed by Phillip Pyle, II and hosted by Maurice Duhon, Jr., Lawndale Live is a live show filmed weekly in front of a studio audience at Lawndale. Stephen Wilson serves as set designer, Jawwaad Taylor as music director, and a very eclectic mix of guests are featured.

Emily Peacock and Patrick Renner were the guests for Friday evening’s opening. For those who did not take the advice of last week’s Top Five, take a look at the rest of the schedule:

Each episode will eventually be available online, so go be a part of the studio audience. It’s bound to make some strange art TV.