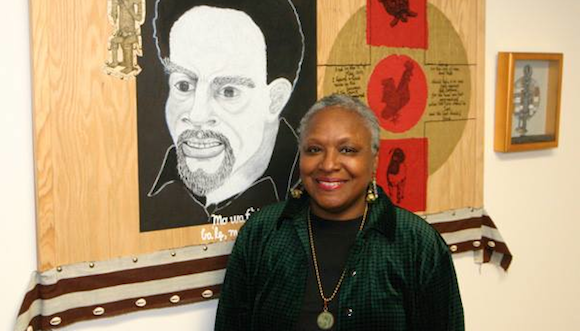 Vicki Meek—artist, curator, activist, educator, blogger, DJ, film programmer, and more—doesn’t seem like she would have time for a day job, but after 19 years as Manager of the South Dallas Cultural Center, she is retiring.

Meek has been so influential in the community, reports the Dallas Weekly, that there will be an entire weekend devoted to honoring her, starting on Thursday, March 10 and culminating with a public celebration at Dallas City Performance Hall on Sunday March 13.

Best of luck to Vicki Meek and keep making art!

Why do you promote the Nasher Grant program when they restrict application to just a few North Texas Counties?
The Texas Sculpture Group is composed of fantastic sculptors from all over the state who should have an opportunity to apply for funds to aid in their work and life’s pursuit.