Your Super Tuesday Quote About Texas From Devo’s Mark Mothersbaugh 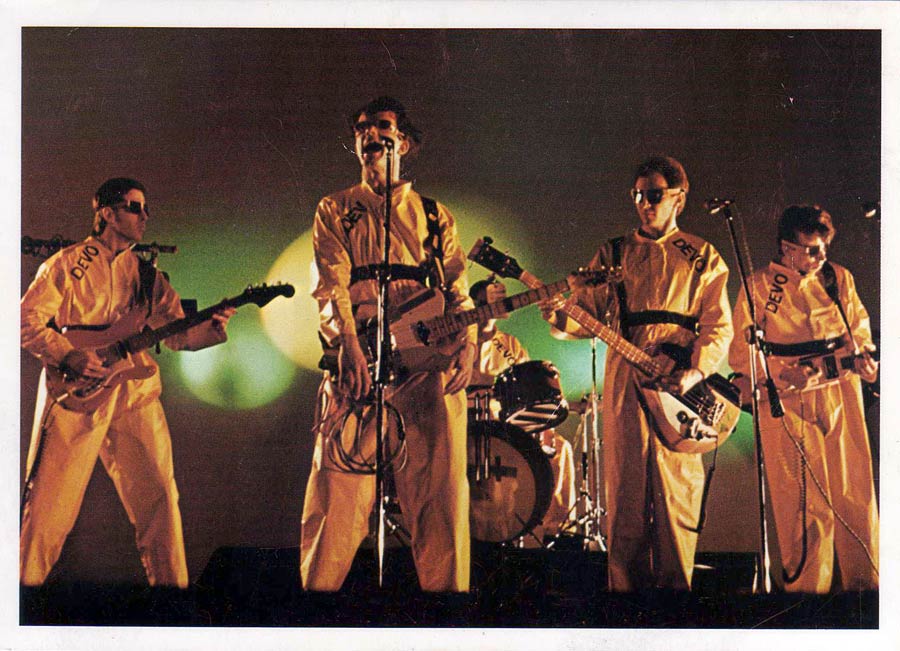 Mark Mothersbaugh is a visual artist, record producer and a prolific award-winning composer for movies and television. He’s a founding member of the band Devo. He’s made regular tours of Texas since the 1970s. Devo was founded in Akron, Ohio in 1973 as a reaction to the Kent State shootings, which the band members witnessed as students first hand.

From a recent one-on-one conversation at the Contemporary Austin with Mark Mothersbaugh, hours prior to the opening of his current solo exhibition there:

Christina Rees: What do you think of Texas?

Mark Mothersbaugh: What do I think of Texas?

CR: You’ve been through every big city here.

MM: I think Texas is a lot like the rest of the world. It’s full of humans. And humans are at best amazing, and inspiring and wonderful and lovable, and at worst they’re despicable and hideous, and there’s no area in the world that has a lock on the great people, or on the shit people, either.

No matter what political leanings your country has, the bottom line is it’s all humans. Communism in its purest form is maybe the best dream of all politics, but it’s  just as easily subverted and twisted as anything else.

The idea of choosing your mutations carefully and being cognizant of what you’re doing and not just letting yourself be used by other people—I think that’s the kind of information that’s still relevant today.