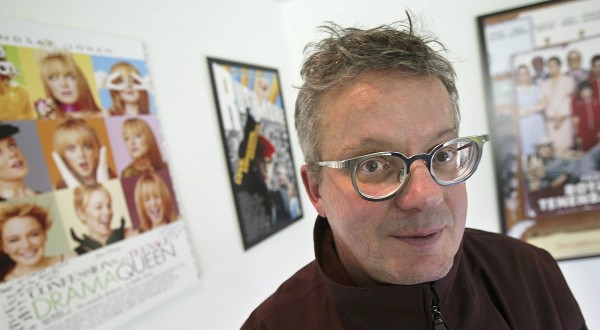 Mark Mothersbaugh’s retrospective at the Contemporary Austin opens February 13, and on that very evening, Mothersbaugh himself will host a multi-media night at the Alamo Drafthouse on South Lamar. The evening is based on The Something Weird Mixtape, which is a distributor (and phenomenon) launched 25 years ago by the late Mike Vraney to make available all kinds of out-of-print s/exploitation, genre, and b-films. It’s still going, and its catalog is a mind-bending treasure.

Vraney was a friend of Mothersbaugh, who loves genre film and has used a lot of found and existing footage in his work, and this Alamo evening promises “Nudie noir! Classroom dementia!” and  “LSD gore-blasts!”

This will be a “night of cinematic de-evolution” and on top of that, Mothersbaugh will play some of his unheard recordings. A discussion with Mothersbaugh is part of the event.