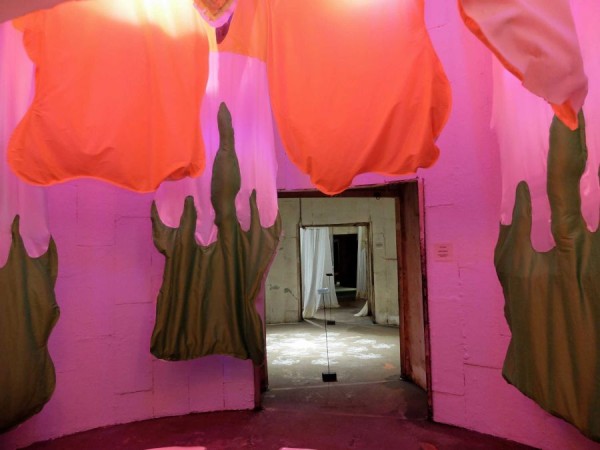 Yesterday’s closing party for SITE Houston at The Silos on Sawyer was cancelled, according to the Houston Chronicle, due to permitting problems that may have to do with “life safety” issues. Apparently the city inspectors have never heard of dying for art.

Susannah Mitchell, the organizer of the exhibition and director of the Washington Avenue Arts District, said that she “made mis-steps” in the permitting process after an unofficial walkthrough of the silos. Mitchell attempted to clear the problems before yesterday’s party, but the cost and timeframe were prohibitive. It seems the city’s laissez-fair culture of no zoning doesn’t extend to the idea of an art mob partying inside former grain elevators. Nanny state, indeed.

The current exhibition at the silos has been on view since November 6th and features installations by 30 Houston artists. The show was juried by Bill Arning and Jillian Conrad and features emerging as well as established artists, including Bennie Flores Ansell, Trey Duvall, Jin Young Oh, and many more.

There are plans to reschedule the closing party. For more info on the Silos’ future events, go here.

Party Pics: November 6 at The Silos on...