What is a Holiday Movie? 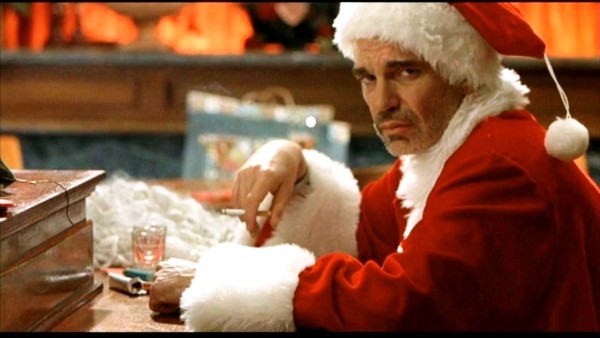 First, let’s agree that holiday movies only deal with two holidays: Thanksgiving and Christmas. Despite the ruthless Garry Marshall offensive, even couples in the shoegaze strums of new love know that Valentine’s Day is a sham holiday, akin to celebrating not having a terminal illness with an overpriced pre-fixe dinner while deep down realizing that we all die. New Year’s Eve is less a holiday than a yearly reminder that life is disappointing. Even though they play The Passion of the Christ, The Ten Commandments and Ben Hur every Easter on channels Tea-Party octogenarians subscribe to, they’re Biblical epics played on a significant Christian holiday, it’s not like there’s a movie where Bradley Cooper plays some smug secular prick who becomes born again one Easter weekend while stranded in the Bible belt with a plucky gospel singer played by Rachel McAdams (given Easter’s pastel aesthetics and promiscuous connection to paganism the original Wicker Man is sort of a good Easter Movie).

I guess Independence Day and The Patriot are kind of 4th of July movies but would there be a more tedious way to spend that holiday weekend than rewatching either of those? (That said I would totally watch a 4th of July themed Smoky and the Bandit remake where they smuggled contraband fireworks instead of Coors beer). Both the hilariously hagiographic and miscast Christopher Columbus: The Discovery (Tom Selleck!) and the epically sweaty and probably underrated 1492: Conquest of Paradise are Columbus Day movies but who aside from Donald Trump, Ted Nugent and Scott Disick celebrates Columbus Day anymore? You could watch Reds on Labor Day or All Quiet on the Western Front on Veterans/Armistice day, but that’s sort of a bummer… .

So: Thanksgiving and Christmas, and there’s a ton of those. Thanksgiving movies hit a pinnacle in the mid ‘80s with warm-hearted and charming features like Trains, Planes and Automobiles and The Accidental Tourist, movies that clearly articulated an elegiac, bittersweet worldview (Candy’s monologue!): life is hard and sad and it’s nice to have a place in the suburbs of Chicago to go to during the holidays.

That changed in the ‘90s, with Thanksgiving movies such as Scent of a Woman and Home for the Holidays entering a Franzenian familial dystopia where Thanksgiving is a battlefield fraught with bitterness and booze. This development is also reflected in the yearly self-congratulatory “guides” on Vox and Gawker entitled “How to Survive Thanksgiving With Your Family.” Does everyone hate their families this much? Does everyone have an insufferable, bloviating racist uncle they dread? (If so, just bring a pack of Marlboro Reds and Bob Seger’s Night Moves to play and you can easily divert him from Trump talk to heartland rock.)

So yeah, forget Thanksgiving movies. I would be about as excited to see a dysfunctional indie comedy set during Thanksgiving and starring Aubrey Plaza and Jesse Eisenberg as estranged siblings (one can be a tense yuppie, the other a narcissist living in Phuket) as I would for a biopic of the life of Jesus starring Toby Keith.

Christmas movies have three main modes: the reliable-if-stale “True Spirit of Christmas” movies; movies that aren’t really Christmas movies plot-wise but because they take place during Christmas and feature Christmas songs they are aestheticized and considered Christmas movies (if you’re on Twitter you’ve probably seen some arrogant nerd tweet “Die Hard is the ONLY Christmas movie”); and subversive/naughty japes on Christmas.

The True Spirit of Christmas genre was of course invented by Charles Dickens with A Christmas Carol. In fact, A Christmas Carol kind of created our modern idea of Christmas. Before its publication in 1843, in a time of horrifying smells, “night soil,” seething periodontal pain and an ambient haze of superstition and terror, Christmas was a minor holiday. Good Friday and Easter—the double helix of pain, sacrifice and redemption in the sky—ruled. A Christmas Carol was immediately massively successful and has set the template for most canonical Christmas stories since: A miserly, miserable rich asshole has NO time for Christmas foolishness when there’s business to be done! Something mystical happens, the asshole rings a bell and screams Merry Christmas! The end.

The masterpiece of this genre is It’s A Wonderful Life, a beautiful, anti-capitalist fable that has taken on extra gravitas in the past few years (we have a whole lot of Mr. Potters now). However, since then, this genre has become eminently fungible and predictable. The genius of Frank Capra is making George Bailey a pretty cool and nice guy, who falls into Grinchy despair, whereas the Scrooge archetype has diminishing returns. Bill Murray in Scrooged, Tim Allen in The Santa Clause, Nic Cage in The Family Man, James Caan in Elf… I dunno, in 2015 movies about rich, entitled, white male ingrates finding redemption seem just like the flipside of the movie Falling Down, and you really shouldn’t watch Falling Down once a year.

The reverence of the Christmas aesthetic movie is weird to me. Especially in the action genre: Lethal Weapon (1 and 2), Die Hard (1 and 2), The Long Kiss Goodnight, and Kiss Kiss Bang Bang are all bestowed a tinsel sheen elevating essentially mediocre pulp flicks. True, almost all these movies are either written or directed by Shane Black and there’s an elegance and calm to his Christmas fetishism akin to the way Michael Mann shoots nightclubs, but really is the aesthetic of Christmas that dope? Just a tin of white, porous dinner mints in a stodgy country club, no? Then of course there’s the dreaded Love, Actually, an execrable exercise in the most big-box-store form of Anglophilia (seriously, if you’re on a Tinder date this time of year and your date mentions how much they LOVE Love, Actually, get that P.F. Chang’s to go and bail).

So unsurprisingly my favorite holiday movies occupy the dubious subversive/naughty jape genre. In particular, Bad Santa and the Christmas episode of the incredible 4th season of Eastbound & Down are the best Christmas “movies” of all time. In Bad Santa, alcoholic safecracker and seasonal Santa Willie (Billy Bob Thornton) is betrayed by his black elf partner in crime, Marcus (a brilliant Tony Cox, outrageously riffing on the racist European “cultural” tradition of Zwarte Piet) and cognizant of his own demise. Eyeing Marcus’ and his mail order bride’s haul from the department store they just knocked over, Willie says: “Look at all that shit. Do you all really need all that shit? For Christ’s sake, it’s Christmas.” 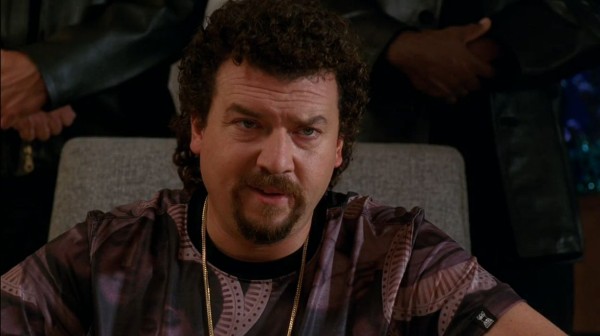 In the majestically grotesque Christmas episode of Eastbound & Down (season 4, episode 7), Kenny Powers, louche and rich as the host of a terrible Charlotte, NC sports panel show, has lost his family and his best friend Stevie. He spends the days before snorting eightballs shaped like Christmas trees and destroying the set of his vulgar, stripper-heavy TV Christmas special. Only when he confronts Stevie, on the brink of suicide, in a fleabag motel, does he snap to. Stevie, realizing it doesn’t matter he can’t buy his family presents says: “That’s not the meaning of Christmas… .” Kenny replies: “No motherfucker, that’s not what Christmas is about.” Stevie then accidentally shoots his own fake chin implant off and survives in screaming delirium. What I love about these two renditions of Christmas is their elemental understanding that sometimes the holidays really are buoys for people lost at sea in a storm.

A Roundup of Texas Art Books