This past weekend, Paris suffered five coordinated attacks across the city.

There has since been great solidarity shown for France, with world leaders condemning the attacks and many others reaching out to show their support. A few days ago, The New York Times published a video showing sites across the world that have been displaying the colors of France’s flag (blue-white-red).

The lighting of buildings and monuments is a popular new way for municipalities to show support for a cause. Much of this is due to the new advancement in lighting technology, including multi-color LED lights that have sophisticated programming abilities. Additionally, projections have been increasing in quality and are now bright enough to fully illuminate the sides of buildings (for reference, see this video from Houston’s New Year’s Eve at George R. Brown Convention Center).

Even though this seems to be a new phenomenon, lighting as a form of tribute is a longstanding tradition. In 2002, Creative Time conceived of its Tribute in Light monument, a project of the artists Julian Laverdiere and Paul Myoda. Additionally, the Empire State Building has been doing different lighting schemes for years. They even have a portion of their website devoted to explain the lighting for any particular given day.

All in all, the world’s response to the events in France has been genuine and strongly supportive. See some Texas sites and watch the NYT video, which features the Dallas skyline, below. 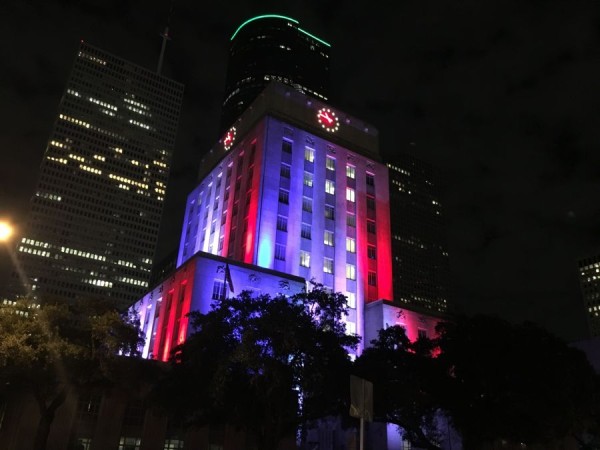 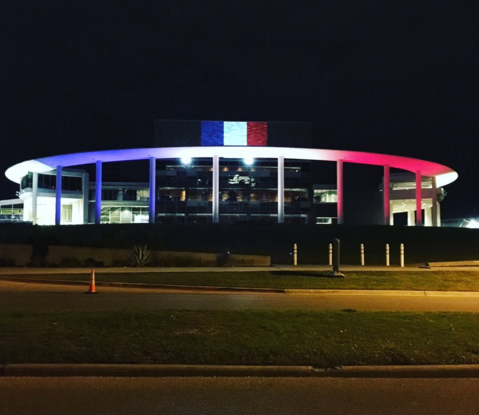