You Had to Be There: Performance Art in the Age of Instant Dissemination 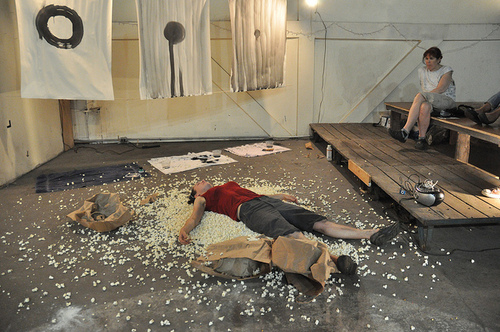 Bill Davenport’s recent coverage of a couple of performance art events (1, 2) and the accompanying images made me think about a Tumblr I had started a while back. It is nothing high minded, but a simple collection of pictures from performances that I have come across in blogs, eblasts, and museum/gallery websites. It is just for fun, and I like most of these images for their awkward, deadpan feeling. They also often capture a very real sense of what being in the art world can be like. 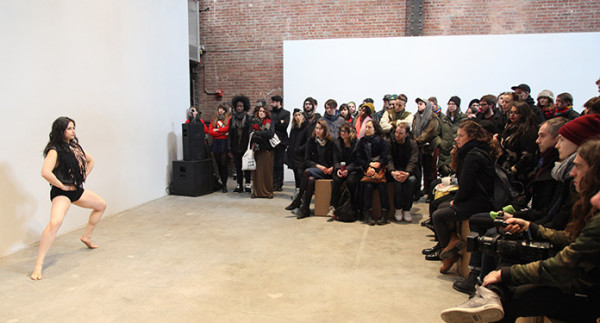 In the age of the instant image dissemination, artists are faced with the task of not only thinking about how their work will look in person, but also on an iPhone, iPad, or computer screen. Essays like Michael Sanchez’s “Art and Transmission” and Keith J. Varadi’s response,”Art Sugar Net Magic,” are attempting to begin to pick apart how this reality might be affecting art making. Installations like Jon Kessler’s The Web are largely about this very reality, and an artist like Tino Sehgal is famous for not permitting any documentation. 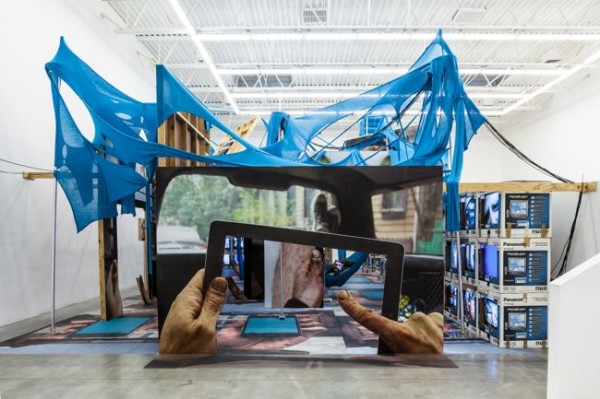 Art historians used to complain about slides, and the issue of art’s reproduction is nothing new. With performance, though, documentation is even more problematic. More and more exhibitions are being held comprised entirely of ephemera. A few scheduled performances may accompany them, but most visitors do not attend these and they are faced with the impossible task of resurrecting the performance in their mind. 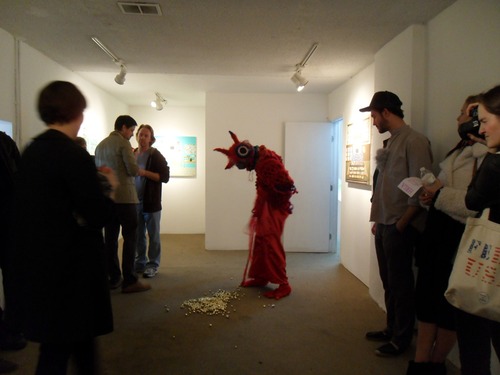 Plucked out of the experience of the performance, the Facebook, Instagram or Tumblr posts flattens them into something else. They are as much a social media event as an actual performance. The Instagram or Facebook poster is saying, “I’m actually here seeing this (most likely) outlandish thing,” but nothing may be communicated about the validity or meaning behind the action. But how could it? 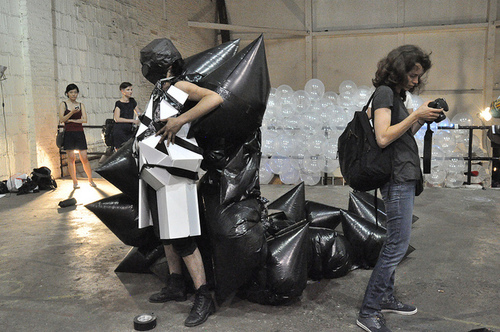 My collection is not a commentary on or criticism of performance art itself. I do not know anything more about these performances than the single image or instant that they are distilled to, but it does make me wonder how performance artists, as with any other contemporary artist today, deal with the reality that whatever you do can be immediately framed and disseminated without your control, leaving something else behind entirely. 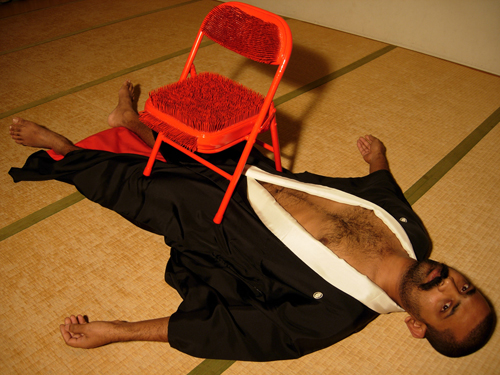 It’s interesting to also think about this in terms of video documentation of performances or installations that are intended to be experienced in person. Our films have shared artist’s work with millions, but they are not intended to replace first hand experiences. Instead, I like to think that documentation creates something else entirely. A new experience or way of seeing an artists work that couldn’t be seen otherwise, as the above images have done.

I do not mind photos so much but hate looking at videos of my performances. The cringe factor is at a high level. A video seems to be too much information and simultaneously not enough. I don’t do rehearsal and relive it only through storytelling leading to a high wire act that can be beautiful or crash and burn. A good writer or conversation with someone who was there seems the best medium for capturing an essence or the core ideas in the experience. The photos just seem like cute surreal…. a visual one liner. Which is often enough.

Jim: yes, yes, yes! I also think a lot about how increasingly hard it is to get people to just be in the moment and have an unmediated experience without putting a screen between us or snapping photos. I did some performances at the CAMH this summer, during which the audience was asked to surrender their cellphones. I did this not only with the pitfalls of documentation in mind, but to force the audience to either engage with the work or contend with their own boredom, and to complement the content of the performance, which involved interruptions from my own phone. Only one person out of all three iterations (actually four, if you count another in San Antonio) broke the rules and scrolled through their phone during the performance. Ironically, that person is an arts writer.