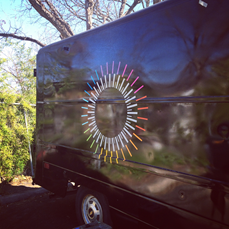 Seattle gallerist Karen Light moved her Garde Rail Gallery several times before deciding to physically move to Texas in 2009. After five years, Light has now decided to open a new Austin gallery of early to mid-career contemporary artists but, rather than worry about moving all the time, she’s setting up shop in a 1993 Chevrolet box truck. Apparently inspired by the 1,400 registered food trucks in the area, Light has decided to open a “visual food truck”—a gallery called The SHOW On The Road. “This innovative model of an art gallery in an unexpected setting,” Light explains, “is disarming and accessible.”

Good luck to The SHOW (set to open late this month) but, just like sandwich trucks and taco trucks existed eons before foodies “invented” the concept, so existed art trucks. In a fit of nostalgia, artist Liz Ward recently posted a picture of the Effemmera Museum, created by Ward and fellow artist Beth Secor, which was parked outside Lawndale Art Center in 1988. Not sure if it was truly mobile, but it was pretty darn cool. 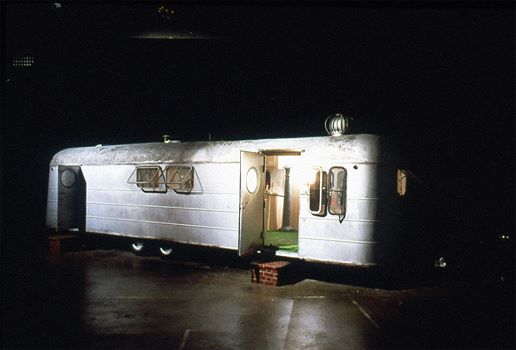 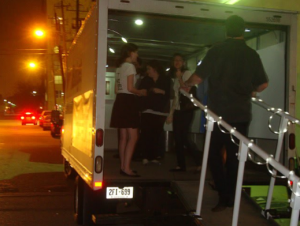 In 1993, Arena Productions (Sean Thorton and Chris Ballou) organized a show in the back of a moving van that they drove around Houston’s five wards, allowing residents to trade their own art for anything on the truck. In conjunction with FotoFest, Bennie Flores Ansell organized a similar mobile group show in 1998 called How’s My Driving? For Houston’s FotoFest 2012, artists Emily Peacock and Britt Ragsdale Thomas put together an ambitious series of exhibitions in their mobile Lens Capsule. Peacock and Thomas are again presenting Lens Capsule exhibitions, scaled down to two shows this year. The first will open this Friday, February 28, presenting work from High School for the Performing and Visual Arts students in the parking lot of the Lawndale Art Center. The second will show the work of Bryan Forrester in the parking lot of the Houston Center for Photography on March 14.

New Rules! Lawndale Mixes It Up For This...