Texas Women in the Arts: When it Does and Doesn’t Matter

There are those who think gender isn’t an issue anymore (or, at least, shouldn’t be), but leave it to the Texas legislature to stir that pot and bring it to national attention. While the politically-motivated don their sneakers to run to the state capitol building, the creative class can rest easy, knowing that these sorts of issues were already resolved by the feminist art movement of the 60s and 70s, or at least through its post-modern version of the 80s and 90s. 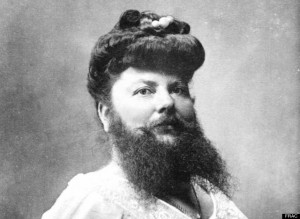 The first, which falls into the you-go-girl category, is the Huffington Post’s article on a French exhibition called Bad Girls: A Collective in Action, featuring Marina Abramovic, Martha Rosler and Lili Dujourie, among others. The article, entitled “Bad Girls of the Art World Kick Butt at the Frac Lorraine,” begins with a quote from the exhibition press release: “Out with a canon of beauty imposed by men. Long live sexual freedom!” and adds, “We don’t know if we’ve ever been so fired up by a press release before, but then again, the art world’s bad girls sure know how to rile up a crowd.” The author could well have been speaking about Texas State Senator/filibustress Wendy Davis and the recent support she has received.

The second article is an op-ed in ArtFCity about curatorial gender bias. Apparently, Denver gallerist/curator Iver Ziele recently commissioned seven artists to create works for the Denver Digerati motion-based art program, Mirage, and to be a part of the Digerati’s permanent collection. He just happened to choose all male artists. When presented with the gender discrepancy through Denver-based art blogger Theresa Anderson‘s FaceBook post, the conversation quickly got all crazy, convoluted and defensive.

First, Ziele explained the selection: “Yes, women make motion based art, but there are lots of layers to curating this program and right now this is where we are at with it. I try not to necessarily look at gender when it comes to curating art.” Afterwards, one of the selected artists, Chris Coleman, curated an all-women show for Digerati’s “Friday Flash” program, commenting online, “Saw the same issue and decided to rectify without marginalizing (aka declaring it).” It wasn’t the same thing as commissioned work for a permanent collection, but certainly a thoughtful gesture. But Ziele used that show in defense of his own selection, stating, “Ask Chris about his choices for the Friday Flash program and how that came about, I’m sure it would be an interesting discussion but I think the group just formed organically.” (Apparently, Ziele himself did not have that discussion with Chris Coleman.) Anderson ignored the lapse in logic, firing back, “Obviously there are lots of good women making motion based art as Chris was able to pluck 7 women so easily.” Finally, Ziele snarked, “Well gosh, Theresa, I’ll just let you take the reigns on this program. It sounds like you are more up on how this should be done than I am.”

A “teachable moment” may have emerged from the situation, but that doesn’t mean all the players involved are actually teachable. The ArtFCity op-ed ended with this comment:

We doubt that the organizers of the shows we’ve highlighted are a reflection of overt sexism. That said, good curation reflects the variety of voices making art. Whenever we see an exhibition showcasing the work of only one gender we need to ask ourselves if that criteria has been met. 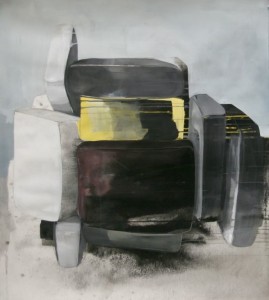 With all these feminist issues being stirred up in recent media, Houstonians may wish to drop in on Saturday evening’s opening of Interpretive Voices at Nicole Longnecker Gallery, the newest gallery on the Colquitt strip. The exhibition “explores the manifestation of expression in contemporary art. In an age where we focus on life through electronic devices, these artists look to the past to comment on social ideologies.”

While all four exhibition artists happen to be women, the subject matter doesn’t sound particularly feminist. As the Denver exhibition criticism points out, though, all-male shows usually slip by entirely without notice, if not for the occasional pesky art blogger. Longnecker’s original page-long press release did point out that the artists were all women and Culturemap Houston released a three-sentence listing including the phrase “all female artist group show.” Longnecker Gallery, though, didn’t need a pesky art blogger—just a second look. When they re-sent their press release, they noticed their previous language and sent out a notice with apologies (and with no knowledge whatsoever of this potential post): “We do not wish to present this exhibition as an all female artist show, rather just as four artists. Please omit any reference to gender distinction.”

Thanks for the adrenaline rush!
I won’t try to speak for all women- but this is a prime example of my first personal issue with the art world. “All-female artist group show”. And never “all-male…”- that’s just assumed. We want to just be artists; we want our art to be judged on its own merits, and not as part of a sub-sect, as though it is an interesting scientific experiment. “Let’s put female artists in a room together and see if they make a show!!” Nope. Thanks anyway.
I am an artist with a viewpoint. My art makes a statement. Get it or don’t. I don’t and WON’T make ‘wimmen’s art’.

It is too bad no one actually asks how the curation happened nor pays attention that it was never billed as a all-women show – instead an out of context comment on facebook was turned into a scandal and dismisses an amazing show of international amazing artists.

Regardless of what anyone has said or not said on facebook the critique of the program still holds. I’d like to get the conversation past hurt feelings and back to the essence of critique (which I still don’t think Zeile has heard nor acknowledged).

First- there are currently two gender segregated exhibitions on the Denver Digerati. One of seven men who were awarded commissions and are going into the permanent collection and one of eight women who were only given the exhibition. Second, this is the second year in a row that commissions were awarded to men only.

Third, I completely disagree that a curated exhibition with all men or all women doesn’t somehow touch on gender. In addition, persistently awarding exhibitions, reviews, accolades, and commissions to a set group of artists (male) forms a continual feed towards a certain digital/ new media/ net gender bias.

“As a curator in the 21st century, if I put together a show with all one gender (especially a large group show) I have to know that the show is therefore going to be about gender, whether I like it or not. If I do it by accident, then I am missing a big piece of what it is to be a curator. If I do it on purpose, then I have to own it in the curatorial premise of the exhibition. As an artist, if I am curated into an exhibition of all-women then I ask the curator, “Why all women? I don’t identify specifically as a female artist…what is this show really about? Maybe it’s not really the right context for my work.”
– See more at: http://theresaandersonart.com/denver-digerati-2/#sthash.ntqEcOyz.dpuf

My initial critique was of the commissions and I did go and spend time with both exhibitions. I did not dismiss your work nor the artists. To imply otherwise is not correct and is trying to say I haven’t done due diligence.

You may read the full article here-http://theresaandersonart.com/denver-digerati-2/

The intent of the original curation choices was overshadowed by a conversation that should not be happening in the 21st century.
But women who make art or run for political office all know that that’s still the way it is-
and I have no idea how to make it grow up.

I remember in the early 1990’s I was president of Zocalo Theater…I went to the NAAO Conference….ostensibly all the directors and curators of alternative arts spaces in the US. This was at the height of the NEA 4 hysteria and Jesse Helms and de-funding the NEA for supporting politically controversial art eg Andres Serrano Karen Finley. We all met in a large hall and had a pep ralley to fight the barbarians. Then the president of the group asked us to break up into smaller groups by identity and meet for “breakout sessions”…. Some 12 different groups were named Native Americans, Lesbian, Chicano, Generation X, African-American….Then the woman behind the mic said “Ok everybody we will meet back in two hours… Yes sir you have a question”… Yes I am a straight white male over 30 of European descent where do I go?
The audience began too boo me and the leader over told me to just be patient they would be back in 2 hours