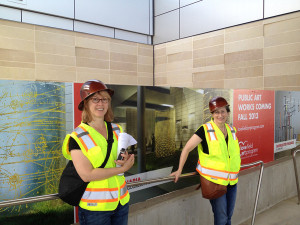 In 2009, a new public art program was developed to coincide with the renovations at Dallas’ Love Field that will be completed in 2014. To add to the mere four public art projects already at the airport (the first two first installed in 1961), the Love Field Art Program decided to commission 11 new works.

“The selection committee originally planned to commit 25% of the work to Dallas resident artists,” says Kay Kallos, manager of public art with the City of Dallas Office of Cultural Affairs.  “When the process was complete, 45% of the commissions went to Dallas-based artists.” Seven newly-commissioned pieces were unveiled at the airport in April, including works by Sherry Owens, Lane Banks, Paul Marioni, Brower Hatcher and Marly Rogers, Martin Donlin, Dixie Friend Gay and David Newton.

The newest installations announced are works by Diana Goldberg and Julie Cohn, and Tom Orr, bringing the number of Dallas artists to five. The works are slated to be installed in early September. (For some insight on what’s actually involved in putting together a public art project, read Julie Cohn’s blog.) 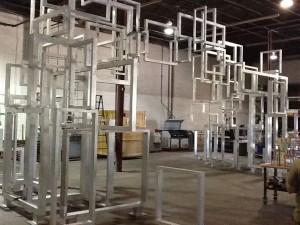