The Cost of Turnover, or how museums could pay more and spend less 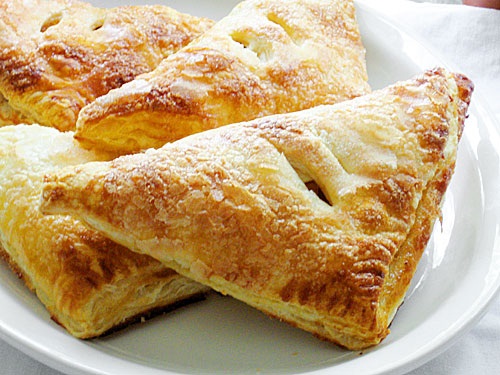 There’s been a lot of management turnover within top tier Texas museums over the past year. [Quick recap: Just 13 months ago, Simone Wicha replaced Ned Rifkin as Director of the Blanton Museum of Art after Rifkin had spent only two years in the post. Five months later, Maxwell Anderson became the new Director of the Dallas Museum of Art. Gary Tinterow was named Director of the Museum of Fine Arts, Houston, at the end of 2011, a year after Peter Marzio’s death. Elizabeth Dunbar’s appointment as Director of DiverseWorks was announced soon thereafter, closely followed by Regine Basha’s at Artpace. Basha’s tenure was brief, she resigned in May in anticipation of major back surgery. Meanwhile, the recently merged AMOA-Arthouse secured Louis Grachos as its leader, though he won’t arrive until November.] This new Texas crew are bringing diverse experience and fresh energy to the state. This, buttressed by the continued rapid growth of Texas cities, could dramatically change Texas’ cultural landscape.

But I am interested in something far more mundane than predicting the next renaissance here; all these national searches, two of them yielding appointments that ended all too quickly, have got me thinking about the costs and benefits of staff turnover.

In the case of museum directors, some of the costs of turnover are obvious. At the top of everyone’s mind are the search firm fees probably in the realm of $50,000. (25 – 30% of salary plus expenses floats around as a common fee structure for a search.)  In addition to this, there are less explicit costs, such as a decrease in staff productivity. Depending on the circumstances, the outgoing director may be a bit of a lame duck for a while before her departure. Then, during a long search process, the staff may be left in a holding pattern, or worse, they may be left scrambling to pick up the pieces of a splintered organization. After the director is chosen, the orientation process can still take quite a while, continuing to slow down the organization.

Throughout the process of leadership transition, this decrease in productivity may manifest itself in the form of fewer exhibitions and less ambitious projects as well as staff fatigue and frustration. It is also likely to directly affect the museum’s development function. Without a figurehead providing vision for the future, the museum’s supporters will hesitate to make large investments in the institution.

The hope is that the inevitable decrease in productivity will be more than offset by the energy and purpose of the new leader. With a new director in place, the board recommits its time and resources to the organization, the staff receive a jolt of excitement and a fresh sense of direction, and the institution refocuses on its mission and audience.

In general, nonprofits are notoriously bad at succession planning. Directors have their plates so full, they fail to ensure that their organizations could keep on functioning without them—that all the institutional knowledge won’t leave with them, that systems are in place to keep regular operations running smoothly. This increases the cost of leadership turnover to an organization.

I’ve heard estimates that replacing an upper level executive costs a corporation upwards of 150% of the executive’s annual compensation. These kinds of estimates are very ballpark, especially when it is as difficult and problematic to quantify “productivity” as it is in a museum. The exact dollar value of turnover cost isn’t so important. Rather, the point is that these costs are significant and shouldn’t be ignored when making decisions about how to compensate employees and invest in their professional development.

In fact, while it was high profile searches that got me thinking about turnover costs, it is probably staff turnover—in departments like development, education, and visitor services—that costs museums the most on a regular basis. This spring, Cygnus Applied Research estimated that development jobs turn over every 16 months and that total direct and indirect replacement costs for a development manager average over $125,000. For hourly employees, for instance those BFA grads who sit at the counter selling tickets, the costs per employee must be much lower, maybe a few thousand bucks to put up an ad, go through the applications, interview a couple of candidates, hire one and train her. So even here, there would be cost savings for the institution in paying an additional $0.50/hour and keeping her an extra 10 months. For one visitor services rep, the difference may be negligible, but the cumulative effect across a staff of 50 reps would be significant.

Bottom line, in some cases museums could save money by paying higher salaries and wages and putting a little more effort into succession planning. But both of these require upfront spending for potential future savings, which can be difficult for a board to justify and stomach.

Higher salaries are not the main issue; the ongoing, costly, game of musical director’s chairs is due to the structure of the “industry”: one cannot move up, except by moving on. This is true for curators, educators, development staff, etc., but is especially true at the director level; once you’re director, the only path to career advancement is to be director of something bigger or better. Most nonprofits do all they can for their employees (at least valuable upper-level ones), but neverthless continually lose them to bigger organizations that can do more.

Funny, I was just reading this article on how LinkedIn is totally changing the HR search process for mid-level people…