“The Deconstructive Impulse: Women Artists Reconfigure the Signs of Power, 1973-1991” at the Contemporary Arts Museum Houston 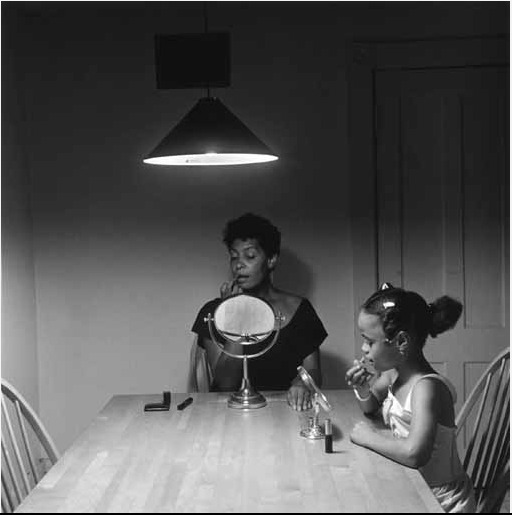 “The Deconstructive Impulse: Women Artists Reconfigure the Signs of Power, 1973-1991” on view at the Contemporary Arts Museum Houston through April 15 is a rare opportunity to see some of the most important and underrecognized artists of the late twentieth century. The exhibition assembles a group of women who were making art in the 1970s and 1980s and organizes their work around certain shared interests in melodrama, the power of the stereotype, consumption and commodity culture, domestic life, motherhood and sexuality and visual pleasure. Some of my favorite artworks of all time are featured, including Jenny Holzer‘s Truisms (1977-79) and Mary Kelly‘s Post-Partum Document (1978-79), and they are displayed beautifully in CAMH’s main gallery with space for each artwork in the gallery to breathe and be properly enjoyed.

However, using gender as the defining thesis for the exhibition opens up some problematic paradoxes. This exhibition is the first to claim that, precisely because of their gender, women of this generation advanced critiques of power that came to define postmodern art and culture. The artwork in The Deconstructive Impulse shows women artists playing with how they are defined by the art market, societal expectations, media images and material culture. Ultimately, the line of questioning implied by the artwork leads to a fragmented and multivalent understanding of what it is to be a woman and an artist.

It seems strange to create an exhibition based on categories that are systematically deconstructed by the artwork in the exhibition. However, the end goal of advocating for these women artists outweighs the problematic means of presenting them in the institutional, historicizing format of a museum survey, which by its very nature contradicts the deconstructive impulse. The fact remains that the contributions of these women artists to the history of art are still not recognized to the extent that they should be. Collecting their art in an exhibition such as this makes an important point about the commonality of their ongoing struggle for equal representation in museums and history books. The cause makes it worth it to go along with the inherent contradictions.

To the curators’ credit, they were not afraid of embracing the complexities of their project. One of the exhibition’s most significant strengths is the diversity of perspectives in the artwork, which pose all sorts of critiques of power involving race, class and national identities in addition to gender. In some cases, gender is only subtly related to the work as in the appropriation-based work of Sturtevant and Sherrie Levine, who also has a solo exhibition on view at Hiram Butler Gallery through February 25. Sturtevant and Levine’s meticulous reproductions of well known modern artworks opens up questions of originality, authenticity and genius that are overtly related to art market issues. But through the gendered lens that this exhibition proposes, one can see how these ideas have also been tied to the identity of the male artists being copied in their work.

The photographs in The Deconstructive Impulse in which artists put themselves in their work and are both creator and subject of admittedly stereotypical images are especially compelling. Cindy Sherman‘s series of black-and-white Film Stills (1977-1980) are arresting photographs even today. The series, shot when the artist was in her mid-twenties, shows Sherman playing with all-too familiar images of women, radically unmasked as generic stereotypes. In Carrie Mae Weems‘s Kitchen Table Series (1990), the artist shows a family drama playing out around a kitchen table, with Weems herself playing the protagonist. She infuses her images with a melodrama and irony that draw one into the story and then give one a distance to understand that one is filling in the blanks about the characters’ emotions with overwrought stereotypes. Hannah Wilke‘s stills from the performance Super-t-Art (1974) show the artist on a platform wearing only a white sheet, posing as a sort of classical goddess. Self-consciously styling herself as the ancient artistic standard for beauty, Wilke openly relishes the power that comes with embodying this image and somehow becomes liberated through the stereotype.

I was a teenager when most of these artworks were being made, and they made an indelible impression on how I understood my identity as a woman in the artworld. I must admit to an overwhelming nostalgia as I walked through the exhibition and remembered the optimism of believing I could change the world and the empowering feeling of watching these women go for it. The artwork in The Deconstructive Impulse is so smart, deadpan and fun that it still feels fresh and relevant even twenty to thirty years later when the world and I have indeed changed. This exhibition is a welcome reminder why these women are still my heroes.

Rachel Hooper is a Ph.D. student in Art History at Rice University and art editor at Gulf Coast: A Journal of Literature and Fine Arts. She regularly writes for art ltd., . . . might be good, and Arts + Culture Houston, and has contributed to catalogues such as Plot for a Biennial: Sharjah Biennial 10 (2011) and for Walker Art Center, Worlds Away: New Suburban Landscapes (2008) and Brave New Worlds (2007). She was associate curator and Cynthia Woods Mitchell Fellow at Blaffer Art Museum at the University of Houston from 2007 to 2011. Exhibitions organized for Blaffer include solo exhibitions for Andy Coolquitt (forthcoming), Amy Patton (2010), Josephine Meckseper (2009), The Center for Land Use Interpretation (2009) and Andy Warhol (2008).

So exciting that this show is here!

To the extent that museum-goers have the misimpression that the ’70s were all Di Suveros and baroque Stellas, it should counter that…