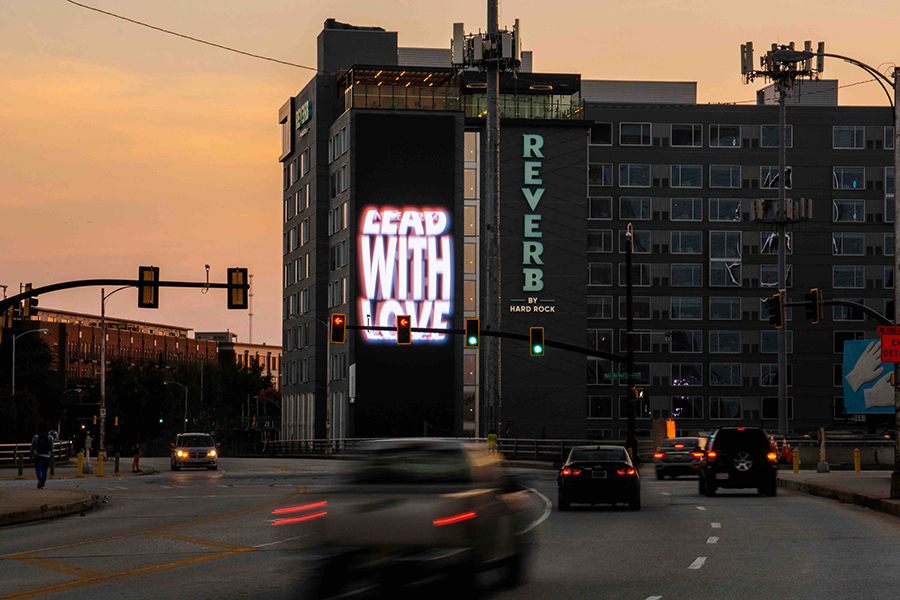 The VOTE YOUR FUTURE project from artist Jenny Holzer is the inspiration for a new initiative from Orange Barrel Media (OBM). Curated by Diana Nawi for OBM, Art For Action is “an artist-driven, non-partisan voter call to action and awareness campaign.” Holzer has previously worked with OMB IKE kiosks and large format digital screens, and Art For Action will incorporate the same technology for the campaign as the 2020 United States November 3 election approaches. OMB has partnered with the Wexner Center for the Arts (Ohio) to include original works from Holzer, as well as Carrie Mae Weems, Jeffrey Gibson, Tomashi Jackson, and others. 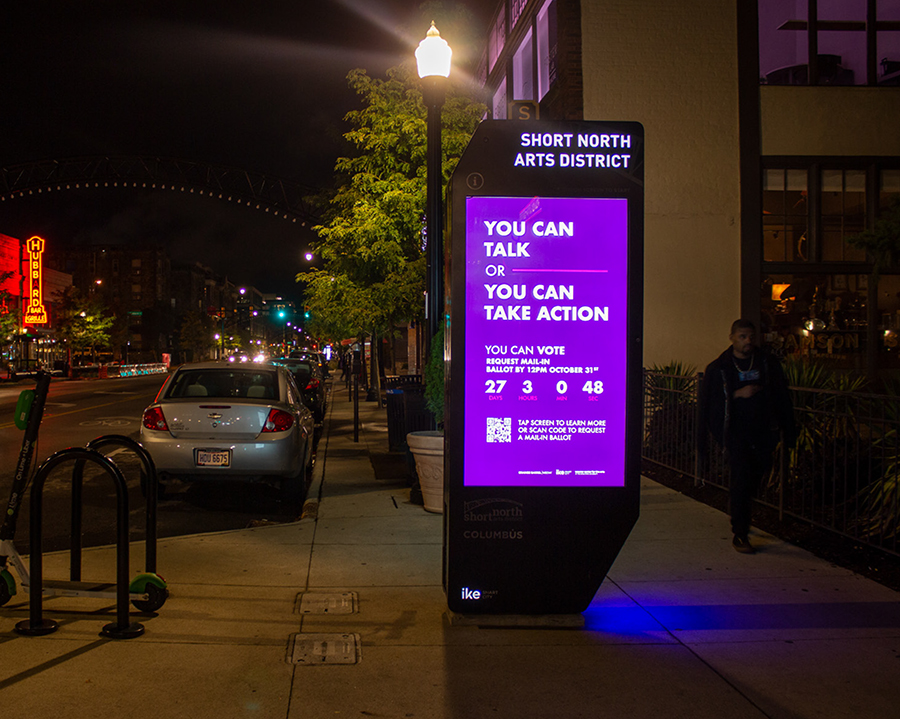 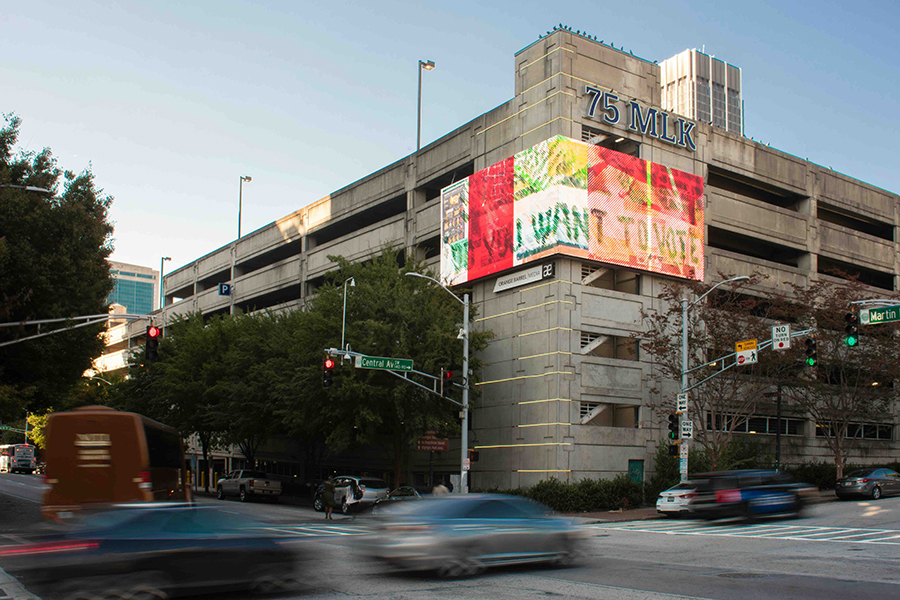 “From the beginning, we have been focused on partnering with the cities we serve, leveraging our powerful platform to improve mobility, equity, and citizen engagement. What better opportunity than this historic election to partner with artists to encourage a dialogue on citizen engagement and to broadcast information and resources to encourage higher voter participation, particularly in many of the states that will determine the outcome of the election,” says Orange Barrel Media CEO Pete Scantland. 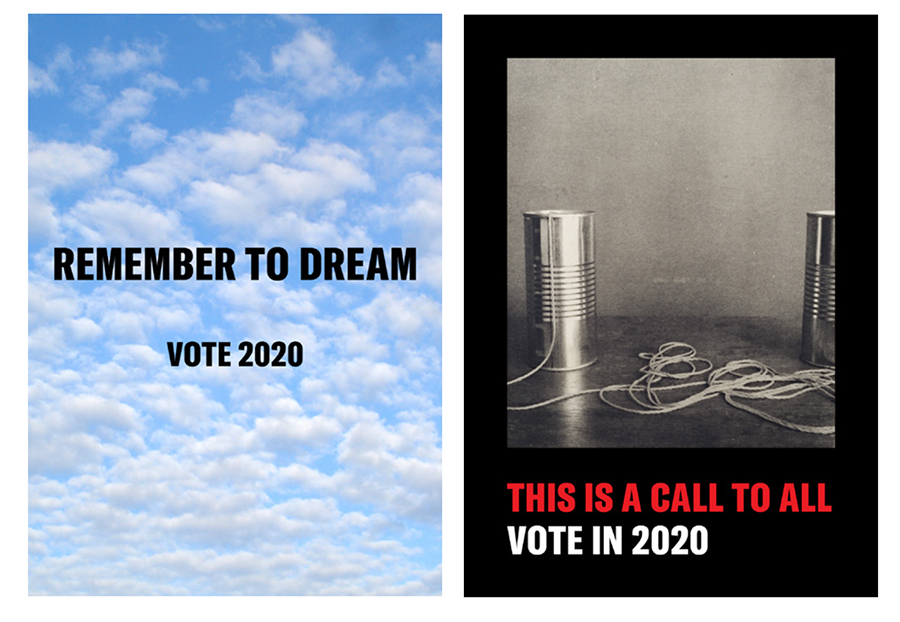 With messages appearing in minute-long rotations, the campaign hopes to reach a daily audience of around 3 million, and more than 106 million adults throughout its run. Street-level touch screen kiosks,and a real-time election countdown clock will also be part of the campaign.