Arthouse and Austin Museum of Art To Merge. No Shake-Up Announced but New Director and Rebranding are on the Horizon 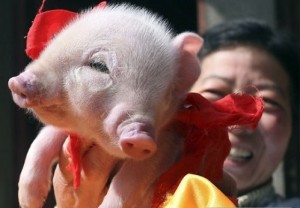 After months of backroom talks and explorations, the boards of the AMOA and Arthouse have declared the orgs united. The merger makes financial sense: the new entity will have an annual operating budget of $3.2 million and zero debt, and will save and estimated $1 million in operating expenses the first year.

For the time being, nothing much will change in terms of real estate, staff, or programming. The combined board has launched a search for a new executive director (both orgs are currently leaderless.)  Meanwhile, Jack Nokes, who has been interim  chief operating officer for AMOA, will be the interim executive director of the new entity, which I’m going to call The Austin House of Art, until a promised “thoughtful re-branding process” comes up with a better name.

Ironically, the move re-unites two organizations that split in 1961, each springing from the Texas Fine Arts Association, founded in 1911.

Update: Artists strike back at Arthouse

I’m glad you added the historical note at the end. It makes the merger even more interesting in that context. I look forward to seeing the potentially positive outcome this will have for exhibitions and programming!