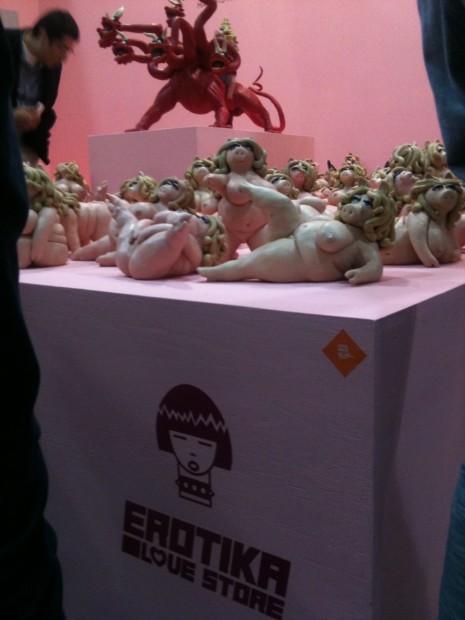 As I prepared for the Texas Contemporary Art Fair I was reminded of a long conversation I had with artist Emilio Rangel.  I was sitting in his studio when he asked, “can you imagine what the world would be like if the concept and idea of art was non existent?”

I was stumped.  I think I tripped over my words a few times, realized I was making no sense and just stopped talking.

Coming from Emilio it was even harder to imagine how the question could have crossed his mind.  I had first known of Emilio in the Zona MACO Art fair just a few months back.  He was invited by his gallery Terreno Baldío to produce work for their stand in the fair, and it’s safe to say that what Emilio did became implanted in the brain of almost everyone that went to the art fair. 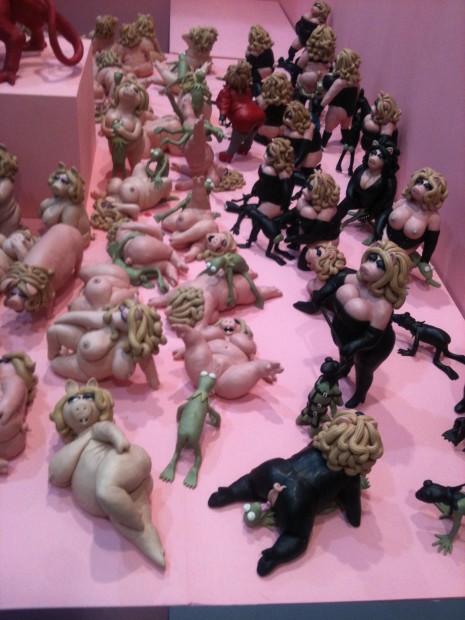 Emilio sees the potential to convert anything and everything into art, and our pop culture icons are not off limits.

So we began to try to imagine a world without art, where the term didn’t even exist.  We wondered what the world would be like if color was no more than a description, if design didn’t exist, and if culture was only a routine rather than a reference.  We challenged ourselves to talk about something that had nothing to do with art, and lasted less than 3 minutes.

As I prepared for a weekend in Houston, as I got psyched up to be bombarded with art in its most commercial setting, I was reminded of this conversation and was grateful for it. While we all complain about fairs and the obvious economic exchange that takes place in fairs, I decided to stay positive and continually remind myself: It’s painful to imagine, but what would the world be like if art just didn’t exist?

Just where did you actually pick up the points to publish __No Art?

These are so AWESOME!! Where can I get them, if they are for sale?