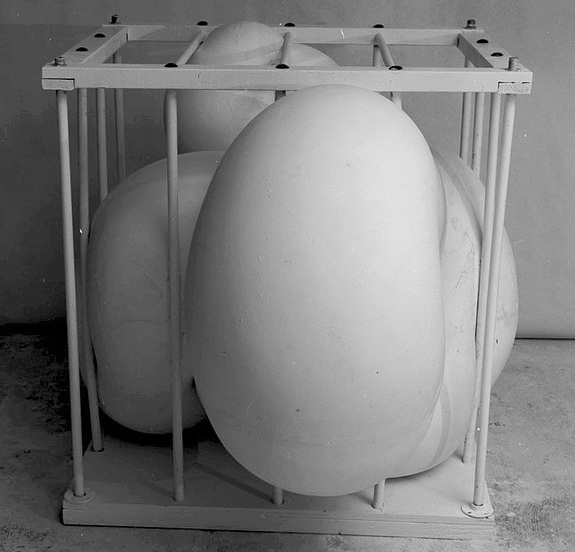 I had an email correspondence about Dallas with a friend this week — I’ll call him Toojerstraap. You may know him. Dallas, and its particular insufficiencies – art-wise and all-wise, really — is a subject we hash out regularly, attempting to land on the sources of its problems mainly, and sometimes drafting could-be solutions to them. We, among others, have this odd, insistent urge to make things better here in Big D – more rich, in a fecund, strata-ed, biologically leveled kind of way, and not the other kind of rich (there’s plenty of that here already).

In these conversations, Toojerstraap’s got a cursedly prophet-like handle on just about everything. In our most recent dialogue about the arts in Dallas, Toojerstraap defined what I think is the primary cause of Dallas’ ever-roving search for a “scene” or an “identity” or a way of simply being best at being itself, and in that, he diagnosed its inherent illness. It’s very simple and it’s very true: “The hardest thing about being here,” he said, ” is creating a space to act out within and then defining a format. There’s too much space and not enough compression.”

One of the benefits of living in Dallas is that wide open space — the realm-less possibility that comes from a talent pool that isn’t as populated as it is in other cities, therefore isn’t as cut-throat. It’s easier to prove yourself here as an artist, writer or whatever because there aren’t  that many people vying for the same banana. That’s what’s so attractive about being here: here, you can make it! But anyone involved in the arts living in Dallas has the “Should I move to New York or LA” conversation with themselves on a regular basis, feeling that unless their talent has been put through the hyperbolic cultural ringer of the Big Apple or Los Angeles, along with scads of other strivers, than somehow their talent isn’t as legitimate. And if Christina Rees’ Dallas art market take-down of two years ago on Glasstire is true, and I do believe it is, than many collectors here in town abide by the artistic legitimacy test of the East and West Coasts when choosing work to purchase. In other words, an artist that stays in Dallas must not be a serious one, and so their work is not worth investing in, nevermind what that purchase would do for local economies, both monetary and psychological, if they did. That lack of committment on the part of collectors toward Dallas artists, as Rees stated in 2009, perpetuates a cultural climate here that never gathers enough energy to create any real, gathered tension.

“Arguably, in fact,” Toojerstraap said on this topic, ” the idea that Dallas might even be suffering this delusion of having/getting art, or that it can, or does, even have its own micro-art world, is a manifestation of the new ‘too much space’ world of the internet where aesthetics, philosophy etc. have no real consequence because they remain untethered to the convergence of a particular time, place and identifiable set of individuals. In effect… we have all turned ourselves into machines. Art has simply become information. Which to the collectors is of no real concern, since everything and nothing is leverageable so long as you can give it a name or a number.”

Of course, it’s not the collectors’ fault entirely. Dallas artists themselves are a group full of factions and camps that rarely jostle elbows in any forum to cause that necessary pressure that makes for a vigorous, intellectually engaged city.  I have lately, though, had the pleasure of sitting on a public art committee with a group of artists from various camps, all at the same table carving out a project we collectively believe in. Through discussion and sometimes real vehemence, we’ve tackled what I had begun to believe was an a tremendously vast chasm between different ways of thinking about art and all its facets. The friction, I think, around that table has shaped a much more dynamic project than would have been made among like-minded fellows. It’s been a real lesson to me in the power of compression — that activating tension that thumps out a reverb, change, into a too quiet city.

“If Dallas is truly upping the ante with its arts district on a national stage, etc,” said Toojerstraap in our exchange, ” but it’s essentially a bit crap and lifeless, then we – as artists/writers, etc – we have to provide the life somehow or other. It’s actually our job. That’s what we’re meant to do. So we just have to do it. Politeness doesn’t really come into it. In fact, there’s no need for politeness, because the doorway we’re all about to collectively step through is to an unoccupied room, so no one will care if we’re all buck naked.”

I enjoyed this article. I’ll look for more discussion from you guys on the local scene.

I’ve been in Dallas for a year, having read Christina’s piece beforehand and deciding to take the plunge anyway, because the kind of wide-open, undefined space you and your friend describe is attractive to a newcomer. It’s like the primordial soup from which the first micro-organisms emerged: so much potential! Dallas, like Las Vegas where I lived before, still feels like the wild west for an artist.

One of the responses to the globalization of information engendered by the internet is the hyperlocal movement. DFW, being a composite of what seems like hundreds of smaller municipalities, is ripe for this, I think. I live in north Garland, which is bereft of contemporary art, and I can’t help but think that establishing myself first as a Garland artist may just be the ticket. Try to bring other culturally-minded locals out of their homes and see what the potential is for an art community. It’s crazy, but it just might work.

Thanks again for the article!

[…] Over on Glasstire, a couple of familiar names, Lucia Simek and the great Dutch artist/philosopher Toojerstraap, use the summer heat as an excuse to hash out the problem with Dallas art and artists. In short, we live in a city that has too much space and not enough compression. Compression creates tension and tension creates art. […]

Thanks for the article Lucia. Wanted to let Dallas artists know that they can convene Sept. 24 at the Oak Cliff Cultural Center…we are hosting a gathering that day including panel discussions on the visual art scene in Oak Cliff, but am thinking that a gathering for artists to just talk together afterwards would be a grand idea.

Sounds like the same discussions that take place in Chicago, Houston, Cleveland, Slippery Rock et al. Is it the art that counts or the big time CAREER!

[…] was an article this summer on Glasstire, the Texas-based art site, that discusses the lack of urban density in DFW and the impact of this […]

Hi there. I just wanted to check in again. I realized today that reading this article earlier this summer represents a turning point for how I’ve thought about conducting my art career. We’ll see how it works out, but your discussion of urban social density and the lack thereof in DFW helped to give shape to my own nebulous ideas about being an artist in the sprawl and about connecting with different types of audiences. Thanks much.