Keeping Art in the Family Through Tattoos and Prints: A Tradition of Design 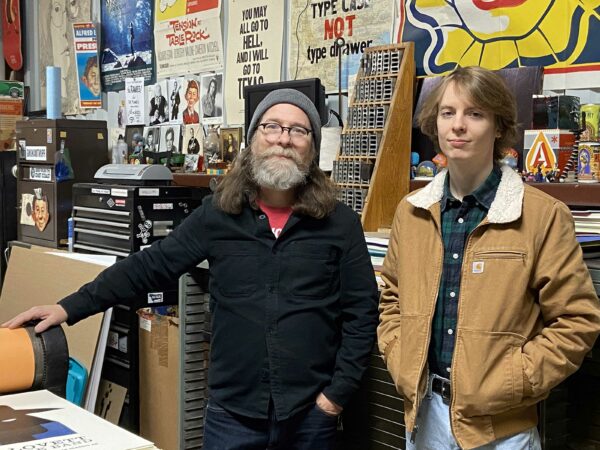 A lot of people may try their hardest to avoid the “family business,” but I have found that the artistic gene tends to run fairly strong. While it might look different from generation to generation, the desire to communicate visually usually finds a way to continue within a family, one way or another. The Fowlers in Lubbock are no exception.

Dirk Fowler is an internationally recognized graphic designer and has taught design communication and graphic design at the Texas Tech University School of Art since 1998. Dirk, along with his wife Carol, also owns and operates the design and print studio f2design. Dirk is best known for his letterpress posters, and his work has been featured in numerous periodicals and publications, as well as museum and gallery exhibitions. 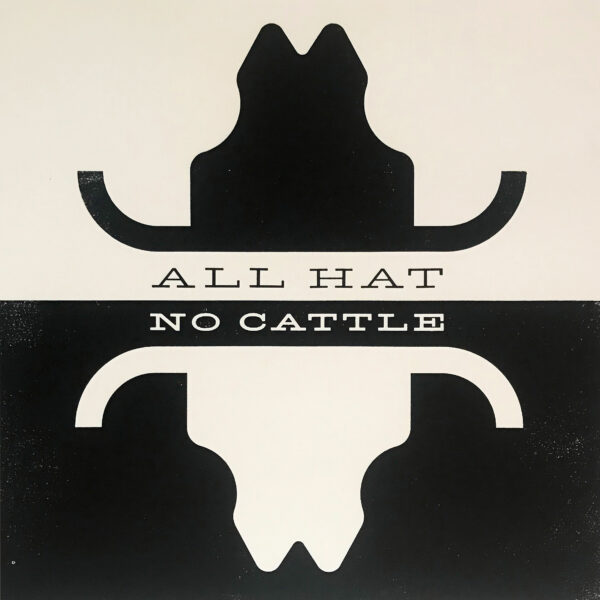 “All Hat No Cattle” letterpress print by Dirk Fowler.

“My letterpress posters would not be considered ‘fine’ printing by anyone,” says Dirk. “I’m good with that. You can tell instantly that they were made by a human being and not a machine. They aren’t perfect and no two are exactly alike.”

In addition to art prints, Dirk has created work for a wide variety of clients, including the American Cancer Society, Fossil, Texas Monthly, and WIRED. He has also designed concert posters for a multitude of bands, including Duran Duran, No Doubt, Paul Simon, Ray LaMontagne, Thrift Store Cowboys, Wilco, and Willie Nelson. He curated Graphic Content: Art of the New Music Poster in 2004, which traveled around multiple venues for a couple of years.

Carrying on the family tradition of design, Dirk’s son, Jackson, recently started pursuing a career in tattooing. Dirk was not the least surprised, saying that from an early age Jackson created his own comic books and illustrated posters for various school events. Jackson had his first solo exhibition, which he organized himself, at age 17. 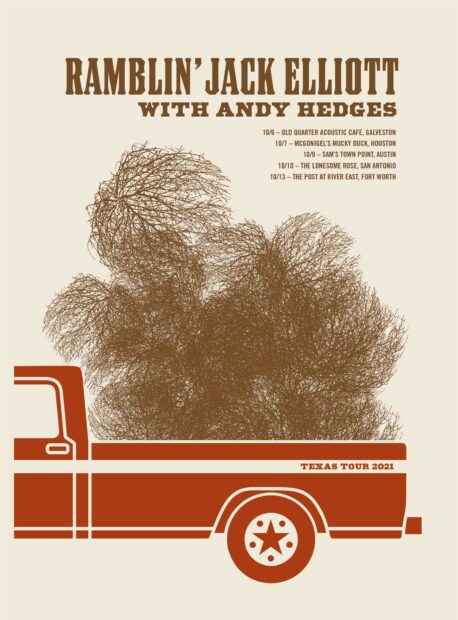 “Jackson has just always been able to draw,” says Dirk. “He’s a keen observer and he really sees things. He’s always been an amazing visual storyteller with a huge imagination.”

Jackson has always been drawn to tattoos, and initially started learning the process because he wanted some of his own, but didn’t have money to commission work from another tattoo artist. He started out performing hand-poked, or stick-and-poke tattoos in 2020, but became an official tattoo apprentice in March 2022. Jackson currently apprentices at Edoc Ink Tattoo Studio in Lubbock, where he tattoos each of his hand-drawn designs only once. 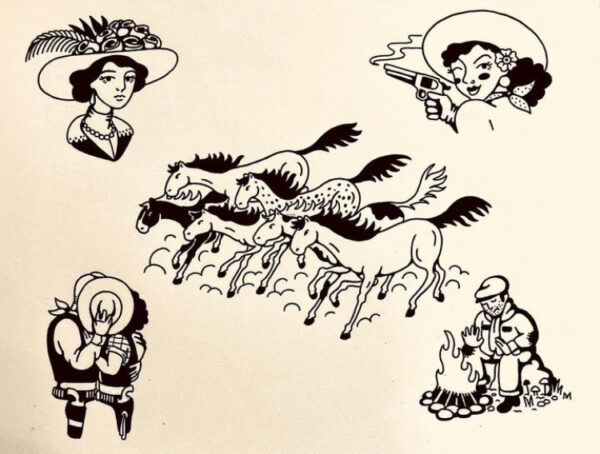 A flash sheet by Jackson Fowler. 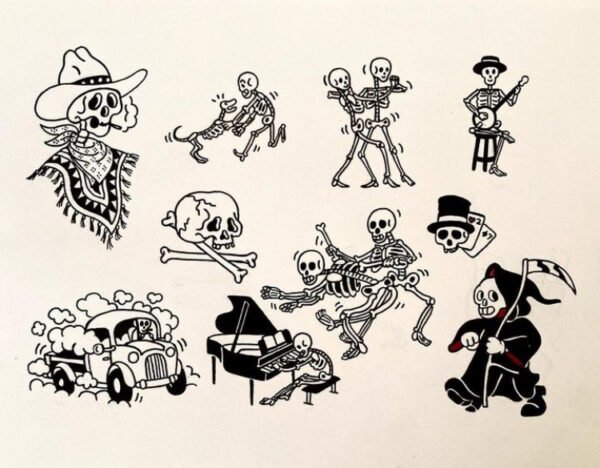 A flash sheet by Jackson Fowler.

“I would say my style differs from my dad’s, mostly in the detail,” says Jackson. “Where he tends to try to make as much of a statement with as little detail as possible, I enjoy including small details and imperfections in my art.”

Jackson continued, “Though I enjoy details and imperfections, I always pay close attention to form and balance, contrasting values and colors, and the flow of a piece. This is especially important for tattoos, as you have to consider how something may change over time, or even just how a design may move and be warped simply by everyday activity. As a result, I’d like to believe my tattoos, while being of my own style and imagination, still have the refined and meticulously thought-out look that I’ve always admired about my dad’s work.”