The San Angelo Museum of Fine Arts (SAMFA) has announced that its founding Director, Howard Taylor, will step down from his position as President and CEO at the end of this year.

Mr. Taylor became the Director of the museum in 1984. The following year, SAMFA opened to the public in the former Quartermaster’s Building at Fort Concho National Historic Landmark. Early in his tenure at the organization, Mr. Taylor led a fundraising effort to support a new building, which opened in 1999.

Over the 38 years that Mr. Taylor has led SAMFA, the museum has received numerous awards, including the Institute of Museum and Library Services National Museum Service Award and the American Institute of Architects Community Service Award.

Though Mr. Taylor will officially step down on January 1, 2023, he will stay on with the museum for a year in the position of Director of Development and President Emeritus to help with the transition to new leadership. Alex Freeman, currently the Executive Director of the Texas Association of Museums (TAM) has been named as Mr. Taylor’s successor. 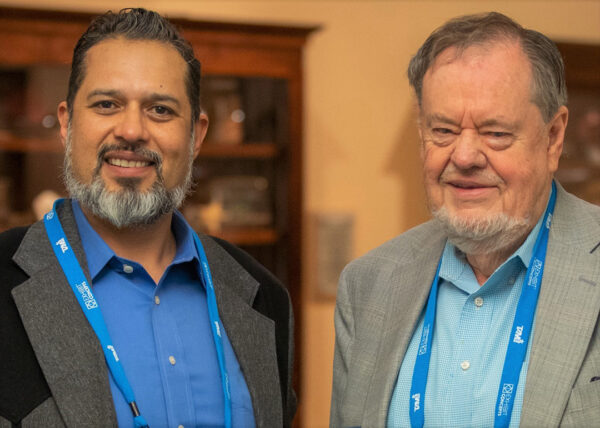 In a press release announcing the shift, Mr. Taylor stated, “I am extremely pleased that our Board engaged Alex as the individual they felt was ideally suited to sustain and help grow this very unique museum. We have gained broad recognition in the museum world for the quality of our exhibitions, programs and collections but also for the extraordinary level of community engagement and commitment to cultural diversity. I have known and admired Alex for many years for his intelligence, creativity and people skills. He’s the right person for the job.”

Mr. Freeman remarked, “Under Howard’s leadership, the museum has experienced tremendous growth and prominence as a world-class museum that inspires the field. I’m eager to further the museum’s position in the international conversation and will bring my expertise in museum best practices, informal education, and museum technology to the museum and Concho Valley, a region revered for its high community engagement and art making.”

Mr. Freeman added, “The challenge ahead will be to strengthen our resource base, continue to develop properties in the community that will be used for education and economic redevelopment and to find ways to enhance and broaden the impact of our extraordinary collections. We are fortunate to have a strong and effective Board of Trustees, a dedicated and talented staff, a vast range of supporters and very significant audiences representing all aspects of our community.”

And Speaking of Space

A Ceramics Party in San Angelo

Howard Taylor is a class act. He did so much for the city of San Angelo, the museum and the arts community. Well done Howard and I wish you the best.